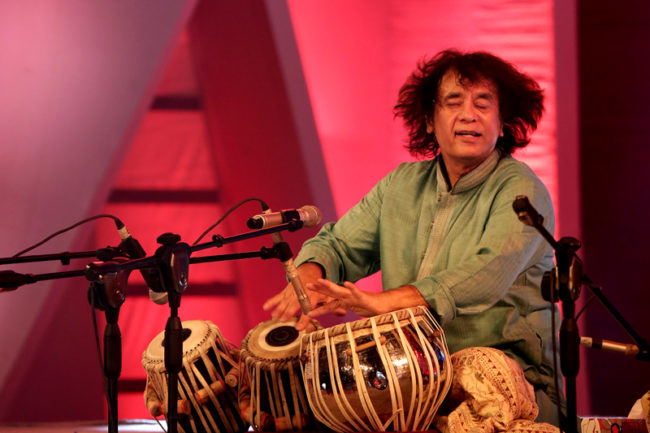 Zakir Hussain is a world renowned Indian tabla player. He was a child prodigy and started touring by the age of twelve. However, Hussain began his career as an international musician after moving to the United States during the 1970’s.  He was the founder of many celebrated collaboration which included Shakti – with John McLaughlin and L. Shankar, the Diga Rhythm Band, Making Music, and Planet Drum – with  Mickey Hart. He has also performed with other noted musicians such as George Harrison, Joe Henderson, Van Morrison, Jack Bruce, Tito Puente, Pharoah Sanders, Billy Cobham, the Hong Kong Symphony and the New Orleans Symphony. Zakir Hussain is the youngest percussionist to be awarded with the Padma Shri. He is also a recipient of the Indo-American Award, Sangeet Natak Akademi Award, National Heritage Fellowship, the Grammy for his collaborative album ‘Global Drum Project’, amongst many others.