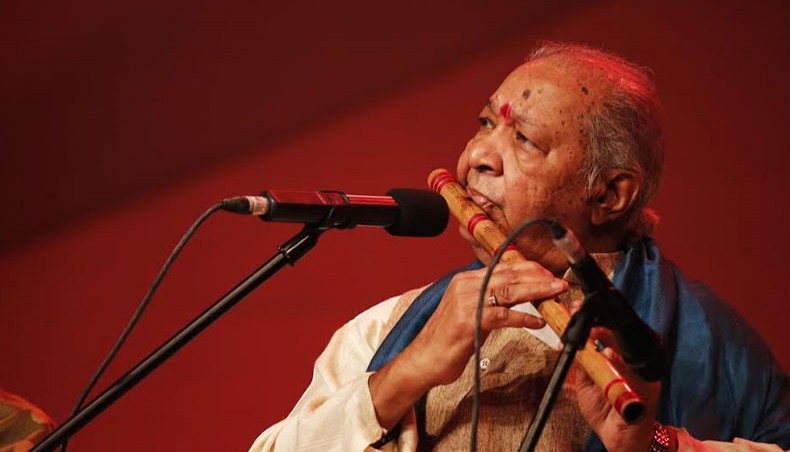 The Bengal Classical Music Festival 2016 ended on a high note at dawn on Tuesday as thousands of people gathered at the Army Stadium to listen to the Indian flute legend pandit Hariprasad Chaurasia. The maestro proved that, at 78, he is still capable of holding a foreign audience spellbound with the tunes of his flute. He started with raga provati, a slow raga that is supposed to be a mixture of several morning ragas of the bhairav category. Next he presented raga jait, the only raga that can be sung or played both in the morning and the evening. But when sung/played in the morning, it is based on the morning melody known as raga vibhas. Like in the past four editions of Bengal Classical Music Festival, Chaurasia ended this year’s performance with a short folk dhun, the refreshing sounds of which would remain with the crowd for the weeks and months to come. Earlier, the show began with a vocal rendition by the students of the Music Department of Dhaka University, followed by a sitar recital by the students of Bengal Parampara Sangeetalaya. There were also performances by Shiv Kumar Sharma, Arati Ankalikar, Pandit Kushal Das, and Kumar Mardur. Veteran Indian santoor maestro Shiv Kumar Sharma made the night memorable with his superb presentation of raga jog.