The 4th night of Bengal Classical Music Festival 2017 opened at 7.00 pm on 29 December at the Abahoni Grounds in Dhanmondi.
Directed by renowned dance exponent Sharmila Bandopadhyay, Nritya Chirantan, the dance recital had three parts, namely Manipuri, Bharatnatyam and Kathak by Sweety Das, Amit Chowdhury, Snata Shahrin, Sudeshna Shyamaprabha, Mehraj Haque Tushar and Zuairiyah Mouli. After the performance, Abul Khair, Chairman of Bengal Foundation handed the crest to the artistes.
The next performance of the nigh was Raga Bhopali on the Sarod by students of Bengal Parampara Sangeetalay. The performers were Illham Fuljhuri Khan, Ishra Fuljhuri Khan, Aumbarish Das, Md. Saddam Hussain. Accompanying them were Latifun Julio on the Tanpura and Pinu Sen Das on the Tabla. The composition was done by Pandit Tehendra Narayan Majumdar. Kaushik Mukherjee conducted the performance. The festival crest was handed over to Ishra Fuljhuri Khan, the youngest of the performers by Momtaz Khalek, mother of the Chairman of Bengal Foundation Abul Khair Litu.
A mesmerizing Khayal by Ustad Rashid Khan was the next attraction of the night. He performed Khayal in Raga Puriya and his own creation Raga Priyaranjini. He was accompanied by Nagnath Adgaonkar on vocal Pandit Subhankar Banerjee on the Tabla and Ajay Joglekar on the Harmonium and Ustad Sabir Khan on the sarengi. Hasanul Huq Inu, Honorable Minister for Information handed the crest to the artiste.
The Next performance was a jugalbandi of Sarod by Pandit Tejendra Narayan Majumdar and Violin by Dr. Mysore Manjunath; They performed Raga Simhendra Madhyamam. Pandit Yogesh Samsi was on the Tabla, while Arjun Kumar accompanied them on the Mredangam. Abul Khair, Chairman of Bengal Foundation along with Mosharraf Hossain Bhuiyan, ndc, Senior Secretary of the Ministry of Industry handed the crest to the artiste.
The next highlighting performance of the night was be Khayal in Raga Jog by Pandit Jasraj. He also performed Bhajan in Raga Durga. He was accompanied by Ram Kumar Mishra on the Tabla, Pandita Tripti Mukherjee on the Harmonium and Sridhar Parthasarathy on the Mridangam. Rattan Mohan Sharma rendered vocal support during the performance. Asaduzzaman Noor, MP, Minister of Cultural Affairs handed over the crest to the artiste.
The penultimate performance of the night, Cello by Saskia Rao de-Haas was an absolute crowd pleaser. She performed Raga Nandkauns and tunes from two popular songs by Rabindranath Tagore. Pandit Yogesh Samsi accompanied him on the Tabla and Tinku Sheel and Abhijit Kundu were on the Tanpura. Tapan Chowdhury, Director Square Group handed the crest to the artiste.
The last performance of the night was Sitar by Pandit Budhaditya Mukherjee.Soumen Nandy accompanied him on the Tabla. He performed Raga lalit with Bistar and gat jhala. He finished the performance with Raga Bhairavi. The festival memento was handed over to the artiste by eminent architect Nahas Khalil.
The final night of BCMF 2017 will open tonight on 30 December at 7pm. The performances are Odissi by Vidushi Sujata Mohapatra; Mohan Veena by Pandit Vishwa Mohan Bhatt; Khayal by Brajeswar Mukherjee; Sitar by Pandit Kushal Das and Kalyanjit Das; Khayal by Pandit Kaivalyakumar and Flute by Pandit Hariprasad Chaurasia.

Just like previous years, the audience can enjoy quality food and beverages at the venue. A pictorial exhibition, featuring the lives of legendary music exponent of Bangladesh, is set up at the venue; another exhibition featuring works of Bengal Institute of Architecture, Landscape & Settlement is also there. Bengal Digital, Bengal Express, Bengal Parampara Sangeetalay, Aranya, Bengal Visual Arts Program, Bengal Boi, BRAC Bank and Square Group have their distinctive stalls at the venue. Journalists should be pleased to find a Wi-Fi zone dedicated to them.
Square Group is presenting the Bengal Classical Music Festival as the title sponsor. BRAC Bank is supporting the event. Channel i is the broadcast partner, while ICE Business Times is the media partner. Pan Pacific Sonargaon is the hospitality partner of the event, and Square Hospital is the medical partner. Blues Communications is handling the event management part. The festival is being presented in association with Index group, Bengal Digital and Bengal Parampara Sangeetalay. Perfect Harmony of Singapore is the strategic partner.
For the last five years, the Bengal Classical Music Festival has been the largest classical music event in the subcontinent showcasing performances from over two hundred classically trained singers and dancers. With the goal to popularise and perpetuate the practice of classical music, this festival will go on till December 30th. The event this year is dedicated to eminent educationist, researcher and cultural exponent Professor Emeritus Dr. Anisuzzaman. 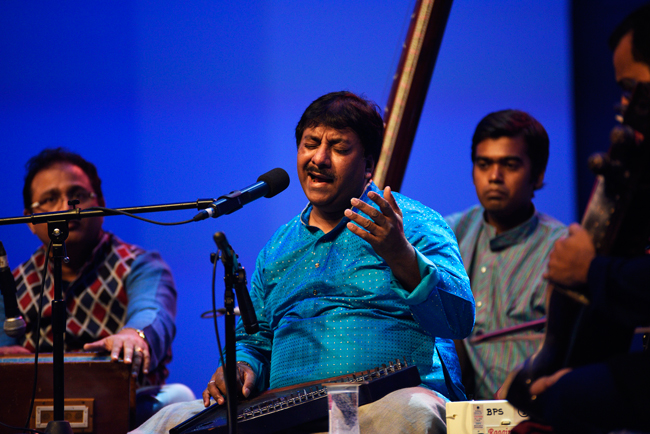 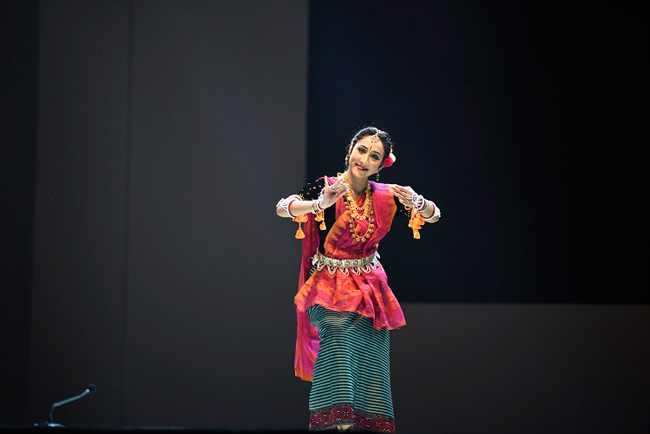 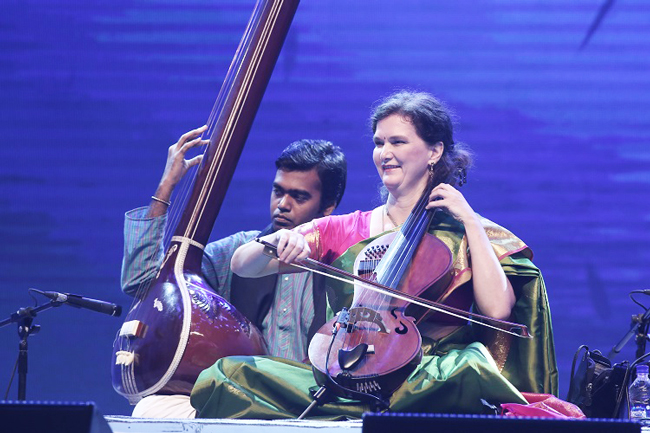 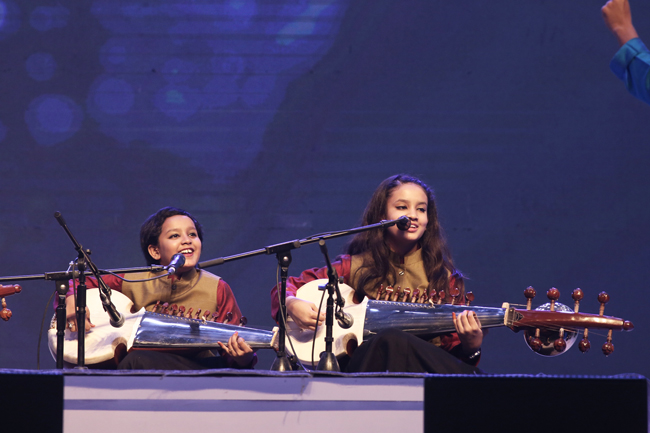 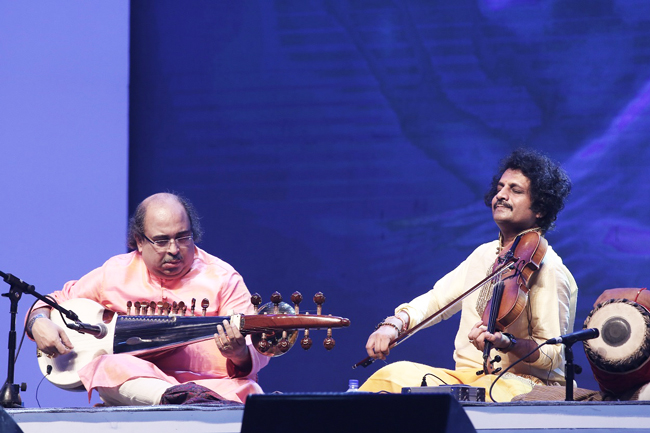 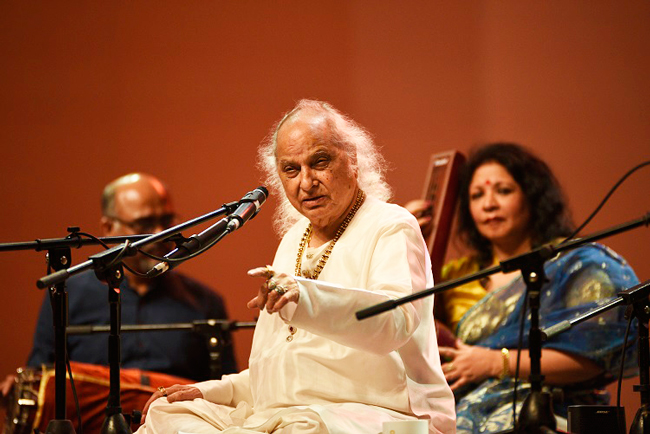 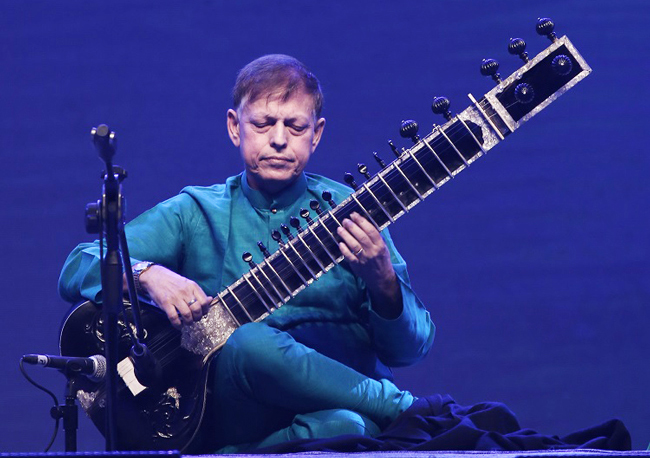