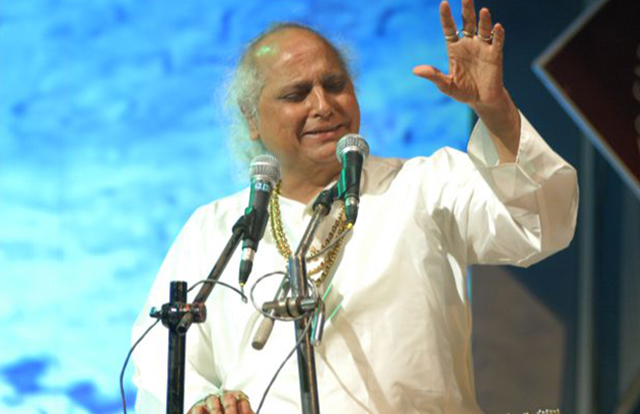 Pandit Jasraj is an iconic classical vocalist from India, and exponent of the Mewati Gharana. He was first introduced to music by his father Pandit Motiram. Jasraj continued his training under the guidance of his brothers Pandit Maniram and Pandit Pratap Narayan, after his father’s passing, and also trained under Maharaja Jaiwant Singh Waghela of Sanand during later years. He has performed at numerous shows in India and abroad. Jasraj is a recipient of the Padma Shree, Padma Bhushan, Padma Vibhusan, Sangeet Natak Academy Award, ITC Sangeet Research Academy Award, Global Indian Music Award (GIMA), amongst many others.