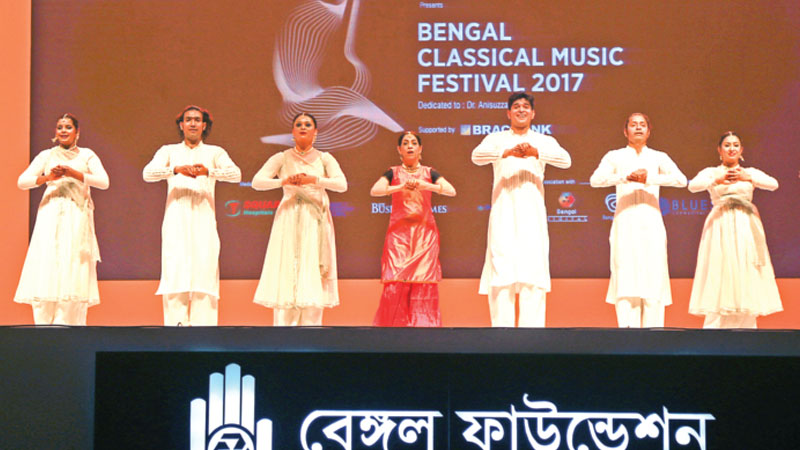 Audience remained captivated as they were showered with lofty performances one after another during the second night of Bengal Classical Music Festival yesterday. The programme opened at 7:30pm and continued till dawn.

The first performance of the night was Kathak by Aditi Mangaldas Dance Company. The first episode symbolised “festival” using the inherent styles of Kathak.

The second one was a traditional Kathak dance with a Tarana created by Shubha Mudgal and Aneesh Pradhan. The entire performance was conceptualised and choreographed by Aditi Mangaldas.