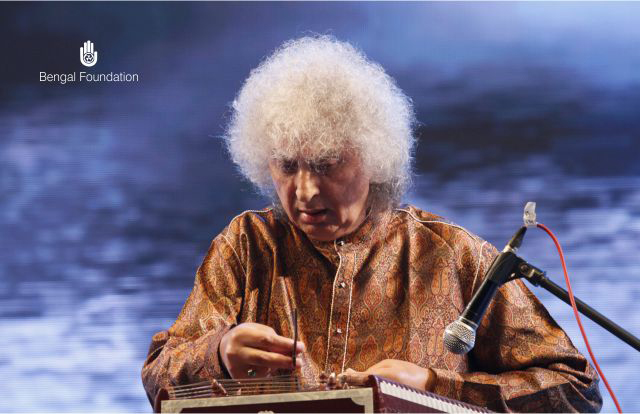 The name Pandit Shivkumar Sharma, to many aficionados of classical music, is synonymous with the santoor. He is credited for bringing the instrument from the realm of Kashmiri folk music into that of the Indian Classical platform, while facing resistance from most conservative quarters. Sharma’s journey began when his father asked him to pursue the development of the Kashmiri santoor. His persistence, repeated experiments and reconfigurations with the instrument gave it new life and eventually paved the way for a new genre of music, earning him tremendous success in the process. Considered to be a living legend and an embodiment of Indian ethos and values, Shivkumar Sharma has been the recipient of several awards from all over the world, which includes the Padma Vibhushan, the Padma Shree, Tansen Samman, Master Deenanath Mangeshkar Award, International Cultural Ambassador Award, Honorary Degree of Doctor of Letters of The Indira Gandhi National Open University, and Sangeet Natak Akademi Fellow, amongst many others.