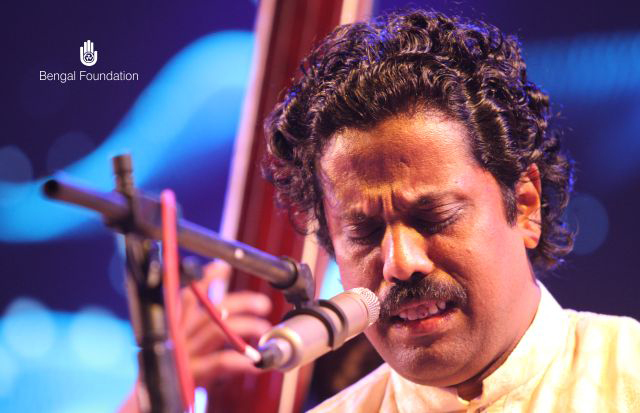 Born in 1974, Waseem Khan comes from the great lineage of traditional musicians of the Agra gharana. He took his initial taalim from his grandfather Ustad Ata Hussain Khan at the age of six. Thereafter, he trained under the guidance of his father Ustad Naseem Ahmed Khan. In 1999, Khan became a scholar of ITC -SRA under erstwhile Guru Ustad Shafi Ahmed Khan, his grand uncle. In 2007, Waseem toured France and Germany. He was a member of the senior faculty at the Shakhri Begum Memorial Trust, an academy run by Ustad Rashid Khan. As of 2011 Khan is working at ITC SRA as a Musician Tutor.