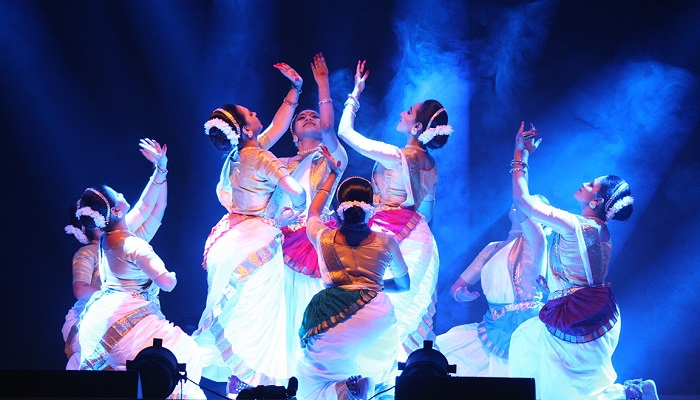 Dhaka, 25 Nov, Abnews: The fifth Bengal Classical Music Festival has kicked off on Thursday evening in the Bangladesh Army Stadium.

On the first day, the event commenced with a stellar dance performance by Sharmila Banerjee and troupe, later a mesmirizing duet by Pravin Godkhindi (Flute) and Ratish Tagde (Violin), Khayal by V. Girija Devi.

Following that, the audience were swung with the melody of sarod by Ust Aashish Khan along with Jasrangi duet (vocal) by V. Ashwini Bhide Deshpande and Pt Sanjeev Abhyankar. Violin was played by Dr. L Subramaniam on Thursday.

Deemed to be the world’s largest classical music festival, the event has been organised by Bengal Foundation for the fifth consecutive year and is being presented by Square. This is the largest musical gathering of its kind in terms of number of performers on a single stage, audience capacity and duration.

The Bengal Classical Music Festival 2016 is taking place from November 24 to November 28, and the event begins at 7pm everyday.

Notably, the registration of this event has been closed. Full schedule for the event can be found here.

Bengal Foundation, a private trust which started its journey during the late eighties, has been promoting Bengali culture for decades. The Foundation regularly organises events, workshops, and a number of initiatives, in an attempt to nurture the traditions of music in Bangladesh. Bengal Classical Music Festival, an initiative of Bengal Foundation’s Music Programme, is the world’s largest classical music festival in terms of the number of performers on a single stage, audience capacity and duration.

The festival is a free annual public event with the aim of creating, in the long run, a discerning audience with a taste for quality music. Through these events the Foundation hopes to pave the way for better appreciation and understanding of the fundamentals of music, as well as energise, sensitise, influence, and promote the music industry of Bangladesh.