The 2nd night of Bengal Classical Music Festival 2017 opened at 7.30 pm on 27 December at the Abahoni Grounds in Dhanmondi.
The first performance of the night was Kathak by Aditi Mangaldas Dance Company. The first episode symbolised “festival” using the inherent styles of Kathak. The second one epitomized the longing for one’s beloved. The last number was a traditional Kathak dance with a Tarana created by Shubha Mudgal and Aneesh Pradhan. Aditi Mangaldas, Gauri Diwakar, Minhaz, Amrapali Bhandari, Anjana Kumari, Manoj Kumar and Sunny Shishodiya were the performers of the Kathak numbers. Faiaz Ahmed was on the vocal and harmonium, while Mohit Gangani accompanied him on the Tabla and Padhant; Ashish Gangani was on the Pakhawaj and Padhant; Rohit Prasanna was on the Flute. After the performance, Ramendu Majumdar handed over the crests of the festival to the artistes.
The 2nd performance was a Tabla recital by the students of Bengal Parampara Sangeetalay, under the guidance of Pt. Suresh Talwalkar. Prashanta Bhowmik, Supantho Majumder, M J Jesus Bhoobaun, Fahmida Nazneen, Nusrat-E-Jahan and Shrestha Priyodarshini performed a composition in Teen Taal and Raga Kirwani Nagma. H.E. Harsh Vardhan Shringla, High Commission of India handed over the crests to the artistes.
The next bespoke performance of the night was Santoor by Pt. Shivkumar Sharma. Pt. Yogesh Samsi accompanied him on the Tabla and Takahiro Arai was on the Tanpura. He performed Raga Jhinjhoti, Alap Jor Jhala. Anisul Islam Mahmud, Honorable Minister for Water Resources handed over the crest to the artiste.
The next performances of the night was Khayal by Pandit Ulhas Kashalkar, accompanied by Suresh Talwalkar on the Tabla. He performed Raga Jogkauns and Raga Sohini. AKM Mozammel Hoque, Honorable Minister for Liberation War Affairs handed over the festival memento to the artistes.
Ustad Shahid Parvez Khan was the next performer of the night. He performed Raga Bageshree on the Sitar. Abhijit Banerjee accompanied him on the Tabla. After his soulful Sitar performance, Mahfuz Anam, Editor of the Daily Star handed over the festival memento to him.
The penultimate performance of the night was Dhrupad by Avijit Kundu of Bengal Parampara Sangeetalay. Sukhad Munde accompanied him on the Pakhawaj and Jatyasree Roy Choowdhury and Tinku Kumar Sheel were on the Tanpura as he rendered Raga Behag. Shah Syed Kamal, Trustee of Bengal Foundation handed over the crest to him after the performance.
Eminent flautist Pandit Ronu Majumdar graced the stage along with Pandit Debojyoti Bose on the Sarod for the final performance of the night. Pt. Abhijit Banerjee and Pt. Yogesh Samsi accompanied him on the Tabla. The duo performed Raga Ahir Bhairav. They called it a night by playing a Bhatiali dhun on audiences’ request. Abur Khair, Chairman of Bengal Foundation handed over the festival memento to the artistes.
The 3rd night’s performance will commence at 7.30 pm with a Sitar rendition by the students of Bengal Parampara Sangeetalay. Following that performance, there will be Ghatam and Kanjeera by Vidwan Vikku Vinayakram and Selvaganesh Vinayakram; Khayal by Govt Music College; Sarod by Abir Hossain; Flute by Gazi Abdul Hakim; Dhrupad by Pandit Uday Bhawalkar; Violin by Vidushi Kala Ramnath and Khayal by Pandit Ajoy Chakrabarty.
Just like previous years, the audience can enjoy quality food and beverages at the venue. A pictorial exhibition, featuring the lives of legendary music exponent of Bangladesh, is set up at the venue; another exhibition featuring works of Bengal Institute of Architecture, Landscape & Settlement is also there. Bengal Digital, Bengal Express, Bengal Parampara Sangeetalay, Aranya, Bengal Visual Arts Program, Bengal Boi, BRAC Bank and Square Group have their distinctive stalls at the venue. Journalists should be pleased to find a Wi-Fi zone dedicated to them.
Square Group is presenting the Bengal Classical Music Festival as the title sponsor. BRAC Bank is supporting the event. Channel i is the broadcast partner, while ICE Business Times is the media partner. Pan Pacific Sonargaon is the hospitality partner of the event, and Square Hospital is the medical partner. Blues Communications is handling the event management. The festival is being presented in association with Index Group, Bengal Digital and Bengal Parampara Sangeetalay. Perfect Harmony of Singapore is the strategic partner.
For the last five years, the Bengal Classical Music Festival has been the largest classical music event in the subcontinent showcasing performances from over two hundred classically trained singers and dancers. With the goal to popularise and perpetuate the practice of classical music, this festival will go on till December 30th. The event this year is dedicated to eminent educationist, researcher and cultural exponent Professor Emeritus Dr. Anisuzzaman. 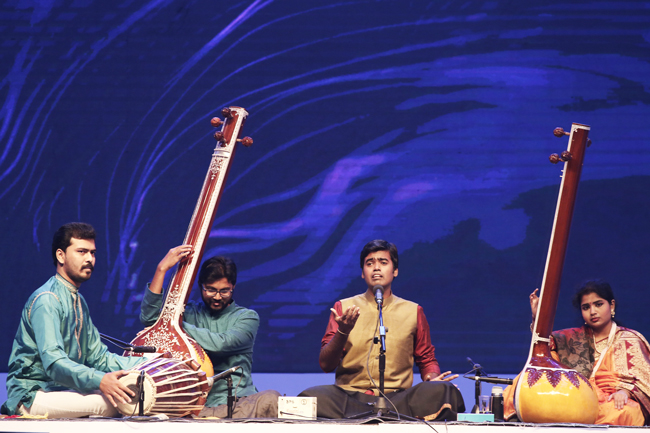 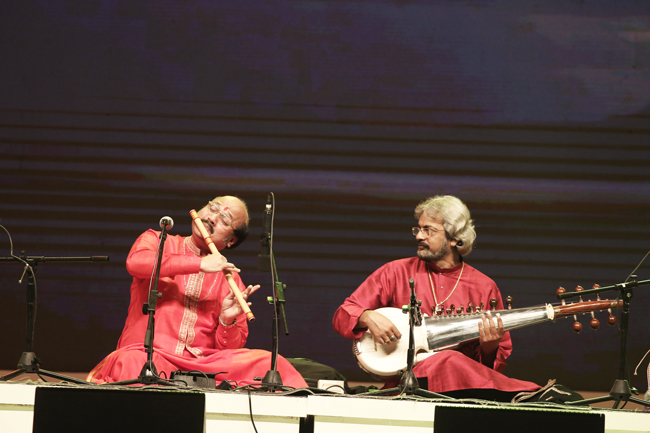 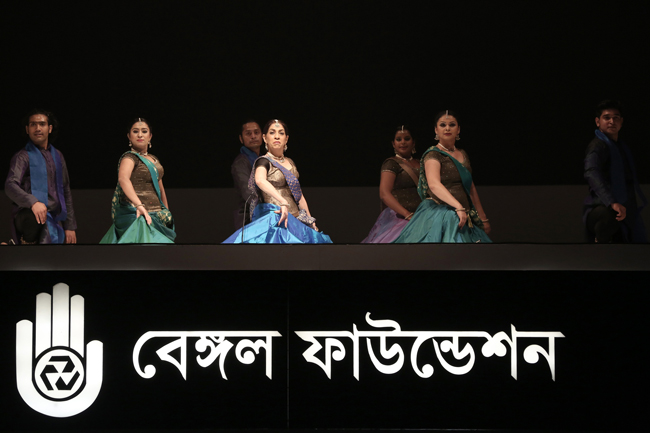 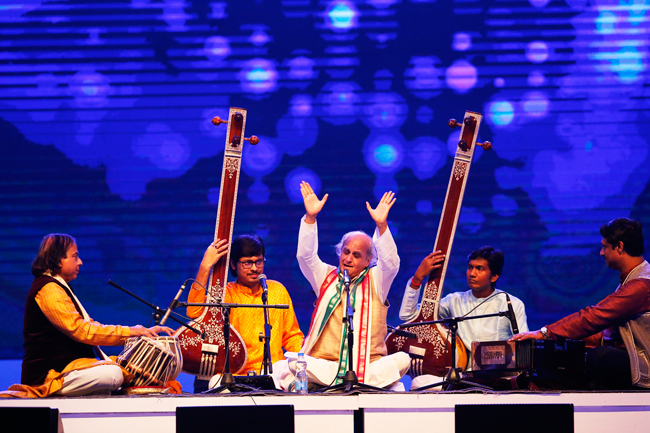 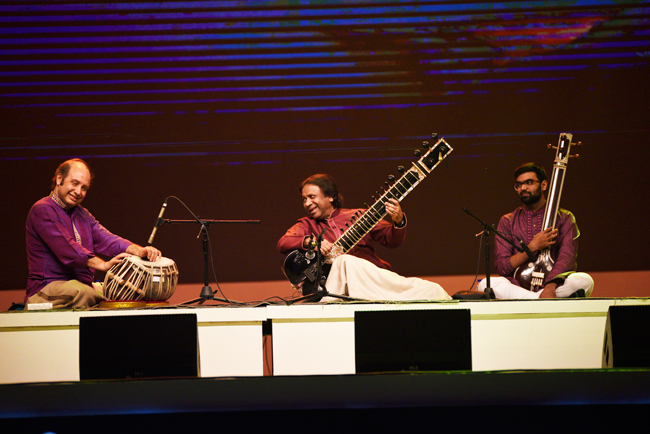 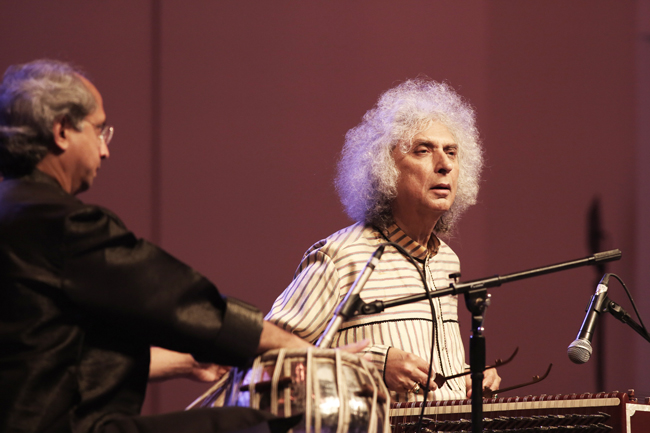 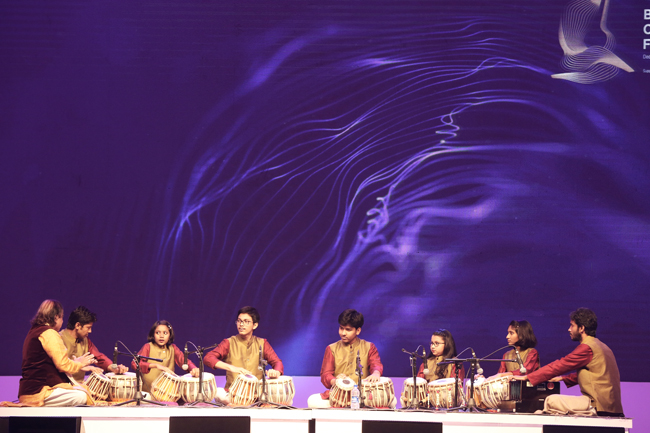