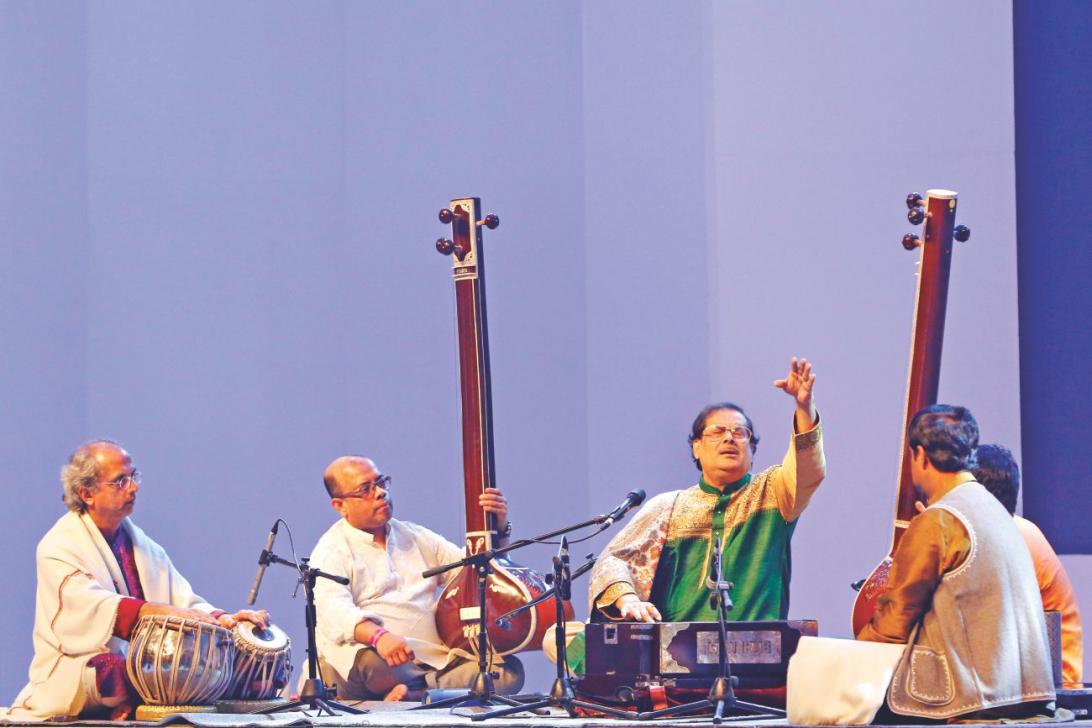 The Dhaka audience must be grateful to world-famous music maestros who come every year to Bengal Classical Music Festival to mesmerise them. Thanks to the noble initiative of holding this grandest festival by Bengal Foundation, the five-night long event has also become a desired destination for the stalwarts who pour their blessings creating musical mahol very now and then.
Pt. Ajoy Chakrabarty, a son of this soil, is one of the very few visionaries of organising Bengal Classical Music Festival, the world’s largest festival of this kind. The third night’s musical proceeding is evocative of spiritual performance by the humble artiste.

Immersing in a melodic ocean, Pt. Chakrabarty ushered in the dawn through performing a Khayal set on Raga Gunkeli. He started off with a vilambit ektaal bandish “Hey Kartaar Maan Ki Ichchha Puri Karo”, composed by legendary Bade Ghulam Ali. The audience have heard many legendary tales about music maestros, but witnessed it on the night when nature consented to his rendition and covered the venue with dense fog. The entire ambience turned white while Pt. Ajoy Chakrabarty was blissfully reciting the notes — ‘Sa’, ‘Da’. The Pandit was in a magnanimous mood to have everything styled with his immaculate musical prowess. 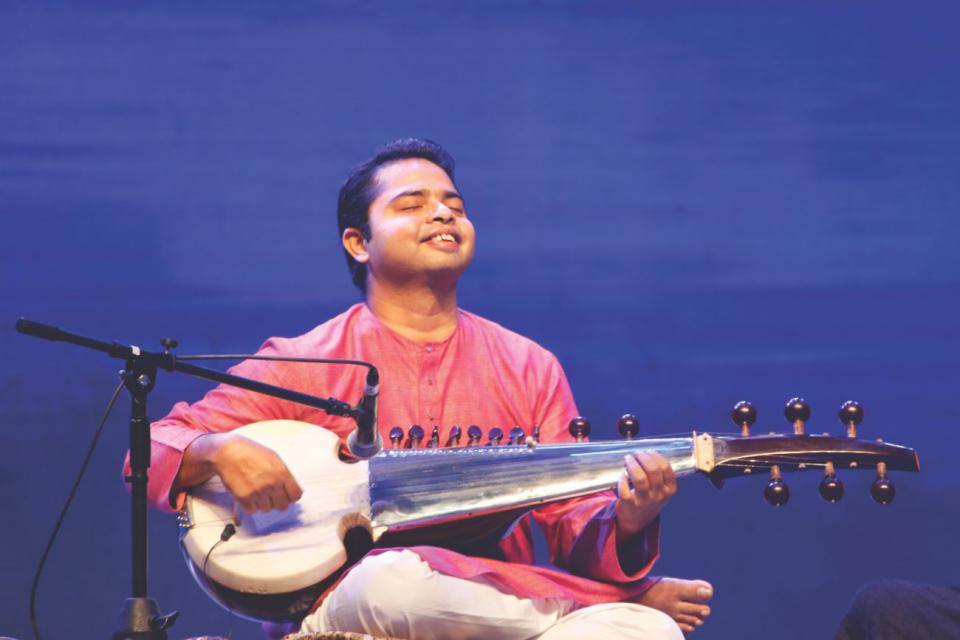 The musical phraseology that Pt. Ajoy Chakrabarty produced was an ardent plea to connect with the ultimate. The audience enjoyed the dramatisation of his performance. The living legend’s resting on the standing note (Sa) in all four octaves, an entire meend, meaningful pukaar, demonstrative sargam, dhrupad-ang alap, bolbut, jamjama taan, emphasising on note throwing and bahelawa presentations were fabulous. The music lovers produced rounds of applause when the artiste wove a garland of melodies with swar, a poetic performance of amad and an exquisite thaherao. 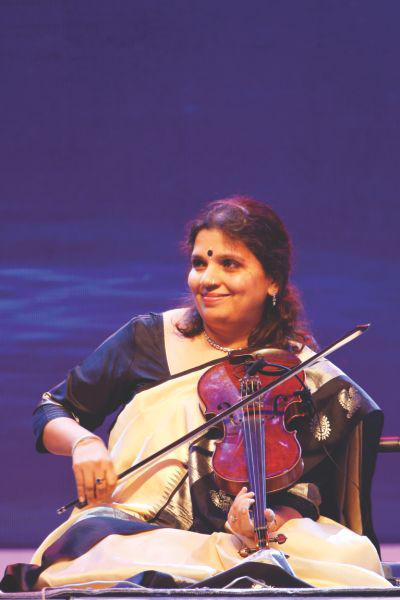 Pt. Yogesh Samsi embellished the performance with farmaishi recital while Gourab Chatterjee was on harmonium.
Vidushi Kala Ramnath’s astounding violin recital on Raga Nat Bhairav made us cry in the vilambit composition while she styled a mesmerising illusion of melody circling Nat-ang and Bhairav-ang in the drut composition that evoked joy. Ramnath’s gayaki-ang violin generated transcending melodies of euphoria in the jhala part. Pandit Yogesh Samsi as always kept the performance alive with his torrents of beats incorporating ornamentation of tukra and tehai.

Abir Hossain was the next performer of the night. He beautifully performed Raga Abhogi on the Sarod. Pt. Yogesh Samsi accompanied him on the tabla. 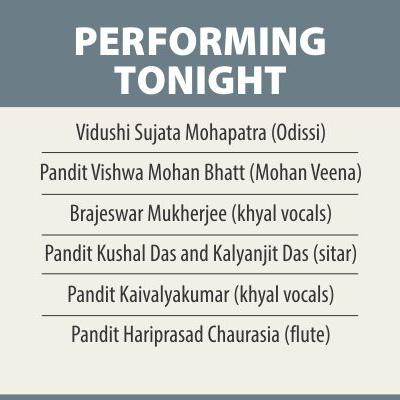 Other performances of the night were khayal by Govt. Music College students on Raga Malkauns, and a flute recital by Gazi Abdul Hakim who presented Raga Desh, a Pilu thumri and a dhun.