Aditi and Drishtikon allure with rhythm and grace 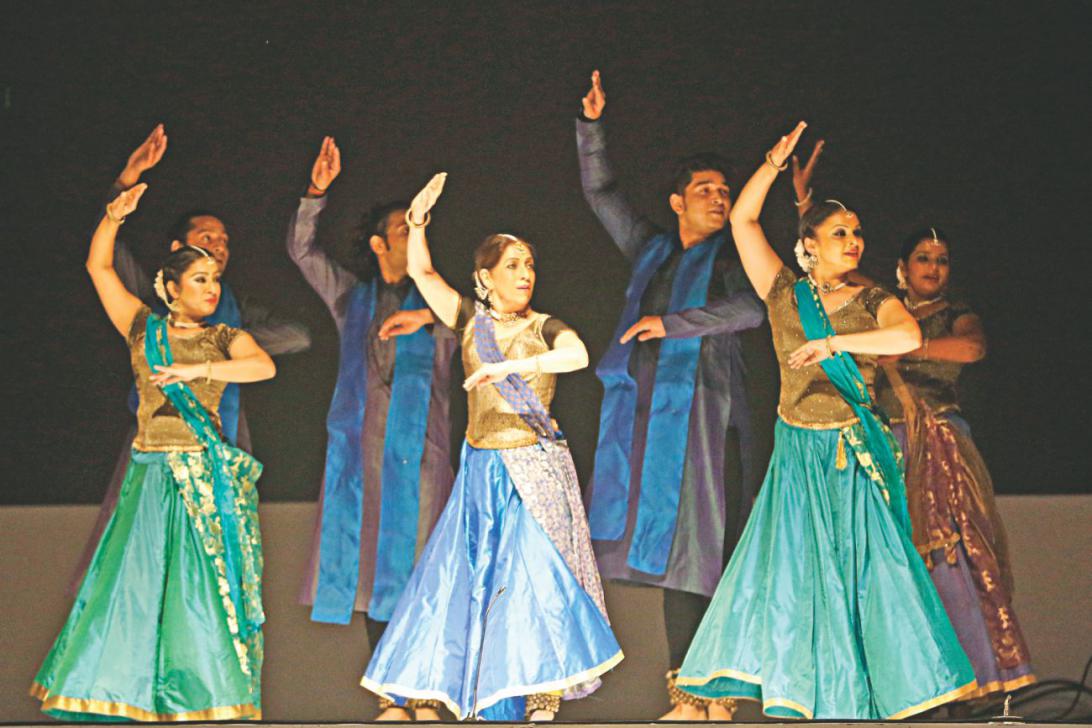 The Aditi Mangaldas Dance Company opened the performances of the second day of the Bengal Classical Music Festival on Wednesday, delivering an exquisite display of visual poetry.

Aditi Mangaldas and her disciples from the Drishtikon Dance Foundation – Gauri Diwakar, Minhaz, Amrapali Bhandari, Manoj Kumar and Sunny Shishodiya – graced the stage in the vibrant colours of a peacock, shades of green and blue, and began the first piece for the night- “Utsav”. Beginning with a devotional ‘Surya Vandana’, Aditi and her students symbolised the essence of Bengal Classical Music Festival – that of celebration and joy. The men embodied their masculine grace on the stage, which perfectly complemented the feminine strength of the women.

What sets Aditi apart from many other Kathak performers is her knack to go beyond technique. This was both seen and felt in the second piece of the night, as Aditi took on a solo performance to a Sufi Qawwali “Chashme Mast-e Ajabe” by Hazrat Amir Khusrau. She performed pure Kathak, but her experimental self was evident in the selection of music and the manner of her performance, with beautiful poetry sneaked in between soul-shaking tehais. For her solo, she was clad in a gorgeous shade of magenta that enhanced every one of her moves. The harmony with which the musicians and Aditi inspired each other was felt across the Abahani field as she turned into a painting painted by herself. With her arms spread out towards the sky during soulful chakkars (spins), she shared her euphoria with the audience.

The third piece, Tarana, was performed by her students. The white and silver costumes they wore emanated peace, but were brilliantly contrasted by the rigour of the piece itself. Set to teentaal, the piece focused on rhythm and stamina. The dancers made sure to make full use of the vast stage, as they moved about like a cluster of white butterflies, all fluttering their wings to the same rhythm.

After thunderous applause, the performers gathered on stage and began clapping with the enthralled audience. And then they began producing a beat with their claps, which spread amongst the audience. As the beat continued, they bid adieu to their first appearance at the festival with one last sweet tehai.