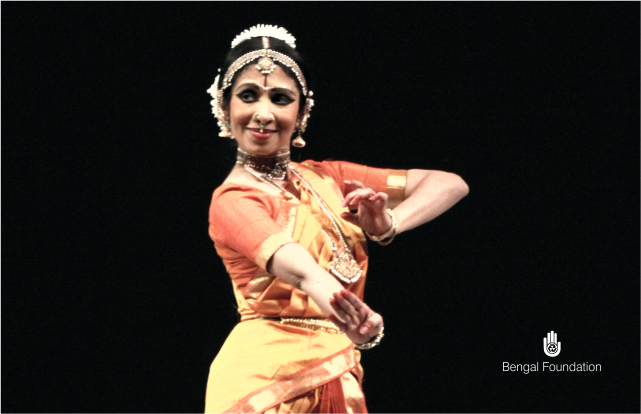 Alarmel Valli is an Indian classical dancer and choreographer. She is an exponent of her personal style and the Pandanallur style Indian classical dance form of Bharatnatyam. Valli received formal training in dance from the renowned guru Chokkalingam Pillai and his son Subbaraya Pillai. Thereafter, she came under the tutelage of T Mukha and studied Padams and Javalis for many years. Additionally, Valli learnt Odissi from Guru Kelucharan Mohapatra and his disciple, Guru Ramani Ranjan Jena. She has performed in almost all the major festivals in India and has also displayed her talent in cultural festivals around the world. Valli is a recipient of the Padma Shri Award in 1991, the Grande Medaille de la Ville de Paris Award in 1997, the Sangeet Natak Akademy Award in 2001, and the Padma Bhushan in 2004, among many other honours. She is the founder of Dipashikha, a centre for fine arts in Chennai, where she also teaches Bharatnatyam.