ALL MY LOVED ONES ARE COMING TO TOWN 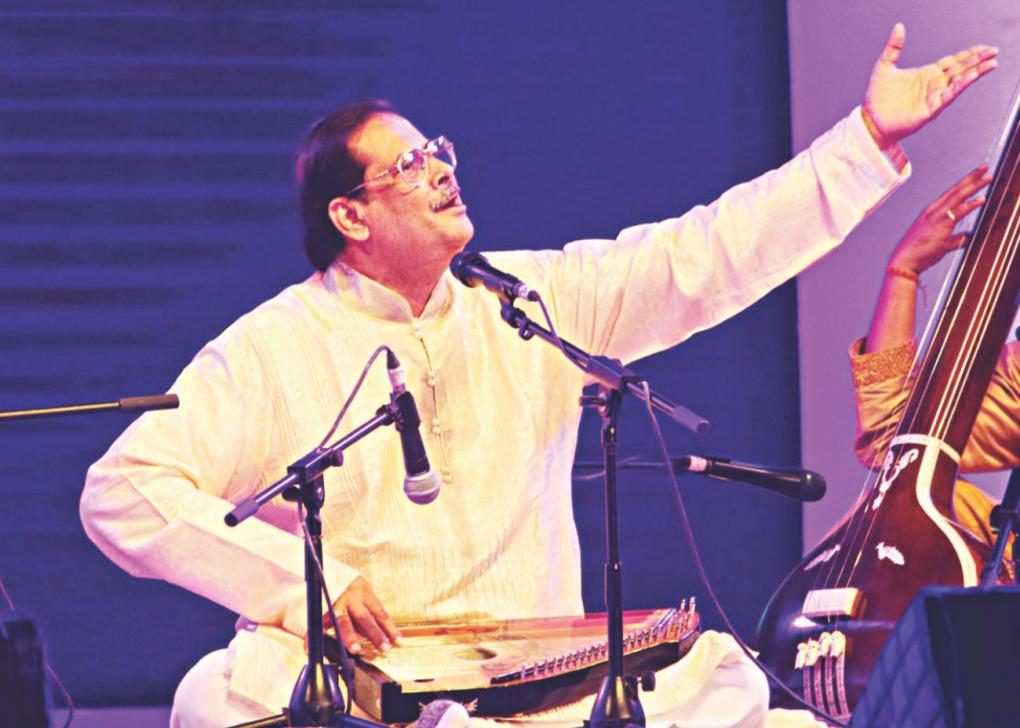 Classical music … I was never a fan. I knew a few names: Ustad Zakir Hussain from the Indian tea commercials, Shiv-Hari as a Bollywood composer duo and Sultan Khan from “Piya Basanti”. I had appreciation for it, but from a distance. It was November 2012: I had just joined The Daily Star’s Arts & Entertainment team, and when I learned there was going to be a classical music event of unprecedented scale, I was intrigued at the prospect of ‘covering’ the event, at whatever capacity.

There are very few days of the year when I do not listen to some Indian classical music at some point in the day. Stressed? A dose of Ravi Shankar or his daughter Anoushka does the trick. Agitated? Nothing like Shiv Kumar Sharma’s santoor to calm you down. Melancholic? Just hook up a 30-minute Sarangi recital. Woke up too early in the morning? Make the best of it with some sarod by Amjad Ali Khan, or maybe the sweet sound on U Srinivas’ mandolin. Working out? Guru Karaikudi Mani is the go-to man! 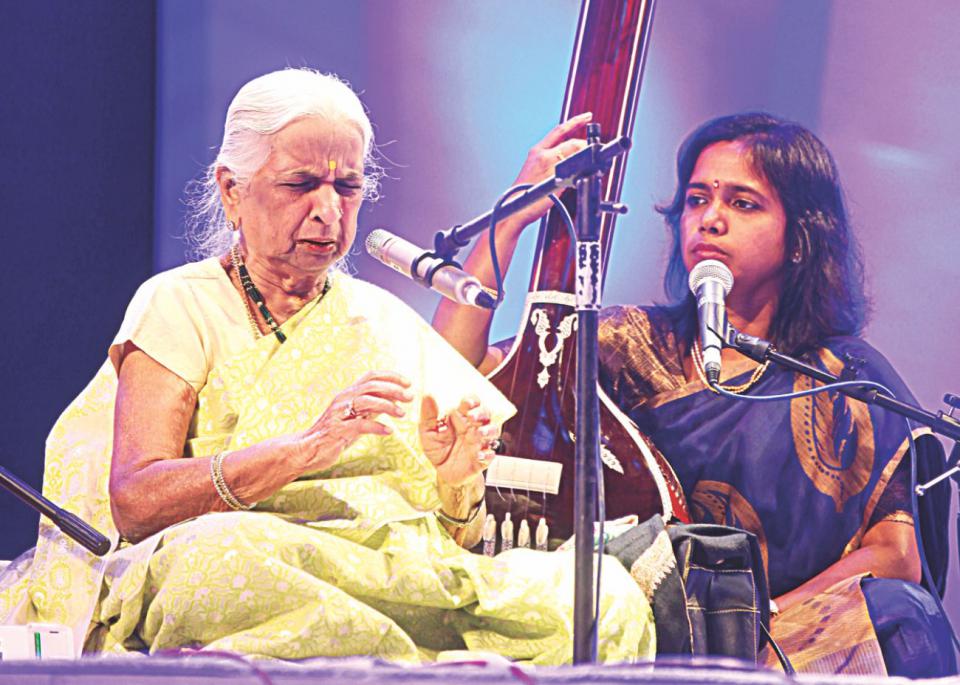 The fifth Bengal Classical Music festival just a day away. I am going to miss Kaushiki’s unforgettable thumris and Karaikudi Mani’s earth-shattering mridangam beats, but L Subramaniam is going to be there for the first time; the inimitable Girija Devi is returning; Srinivas is no more, but his brother will bring his mandolin legacy to Dhaka; my three-year wait to hear Purbayan Chatterjee again is finally over, and the wizardry of Pandit Yogesh Samsi (for me, one of the biggest stars of the festival) will be at the forefront instead of just as an accompaniment, that too with Subhankar Banerjee. Few people my age are as excited as me for tomorrow.

On second thoughts, that cannot be right. Literally tens of thousands of people are looking ahead to the festival. So, I guess I speak for countless others — many of who were just like me pre-2012.

It’s hard to believe it’s been four years. One fateful November night in 2012, a teenager on that massive stage at the Army Stadium made my jaw drop. The 17-year old Yashwant Vaishnav made a flock of migratory birds flutter their wings at once on his tabla, and classical music began to dawn on me. The night bloomed on as I sank further in a trance – by the sounds of a 79-year old Buddadev Dasgupta on the sarod, by Ustad Rashid Khan’s unbelievable voice, and to end it all, undoubtedly the most special musical memory of my life: of Pt. Shiv Kumar Sharma’s santoor carrying me to another realm. I walked out of that arena at dawn, a different young man than I was the previous evening. 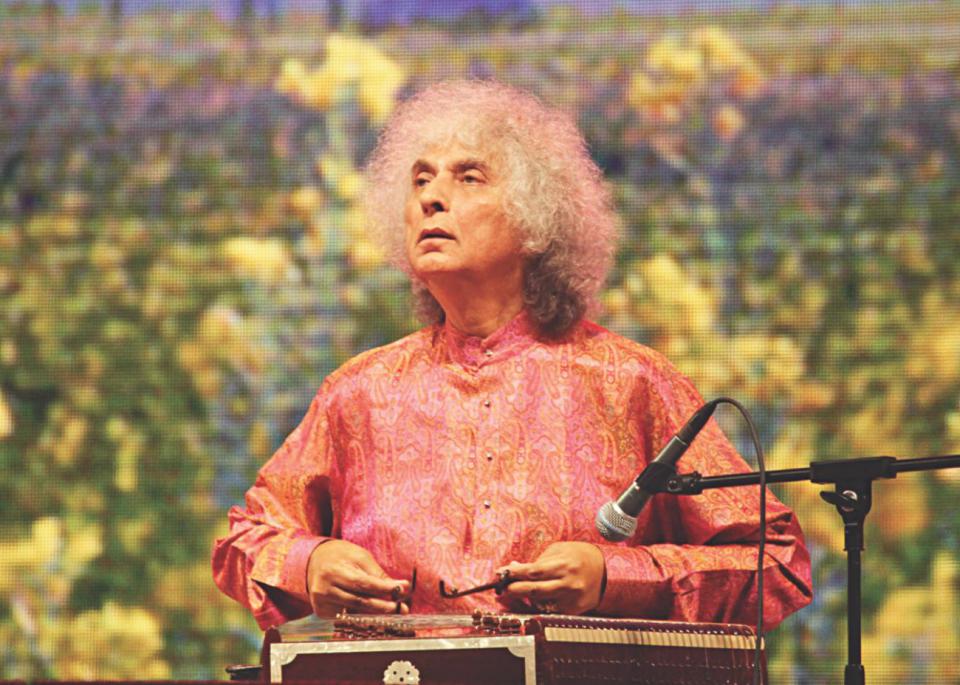 The years went by, and I fell deeper in. I discovered the breathtaking storytelling of Bharatanatyam through Alarmel Valli and Malavika Sarukkai; was mesmerized by Bahauddin Dagar’s magnificent Rudra Veena; transfixed by Amjad Ali Khan; felt a strange, close connection to Bombay Jayashree and Aruna Sairam; blown away by Karaikudi Mani’s percussion ensemble; Irshad Khan’s Surbahar took me to a contemplative place; and Ustad Zakir Hussain made me feel alive in a way I could not explain. Meanwhile, my old favourites kept coming back – Hariprasad Chaurasia, Shiv ji, Tejendra Majumdar, Rashid Khan and Ajoy Chakrabarty. And it was always as special as the first time. 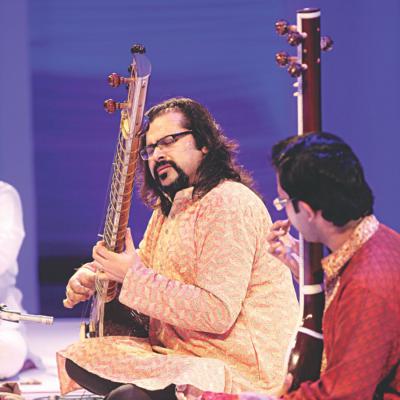 There are times in our lives that, when they pass by, leave an impression that we know is going to be indelible. If we are fortunate, we know that such moments would come by again in the course of time; if we are extremely fortunate, we know exactly when. “Sajanwa Kab Aaoge, Main Kitthe Bitaun Din Saara?” in Kaushiki’s voice from the 2014 festival is recorded in my phone, but much more clearly in my heart. And it’s that time of year again, when all my loved ones are in town. The next five nights are going to be awesome.