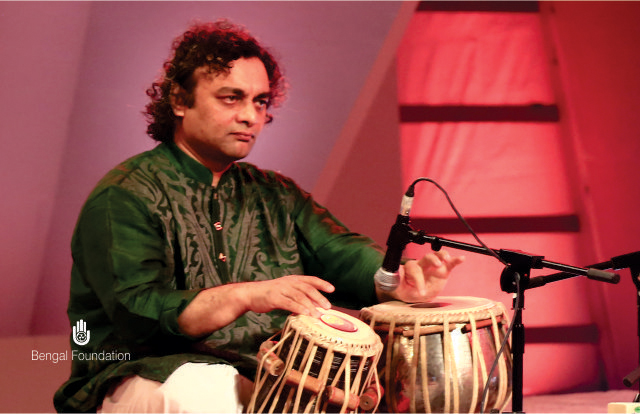 Aneesh Pradhan is a distinguished tabla accompanist and solo artist. He trained under the guidance of Nikhil Ghosh, and his training in traditional compositions from the Delhi, Ajrada, Lucknow, Farukhabad and Punjab schools of tabla enabled Pradhan to widen his horizons. He remains a keen student of music and his participation in Indian music recitals and in cross-cultural musical collaborations have taken him on extensive tours within India and overseas. Pradhan is also known to work as a composer on film, theatre and dance projects. He was awarded with the Natyadarpan ‘Best Background Score’ Award for his music to the Marathi play ‘Tumbara’.