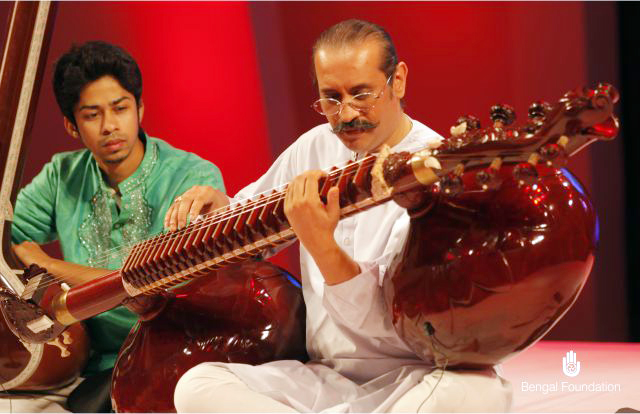 Bahauddin Mohiuddin Dagar, born in 1970, is the son of famous north Indian musician Zia Mohiuddin Dagar. He plays rudra veena in the Dagarbani style. He represents the 20th generation of the Dagar lineage, referring back to Nayak Haridas Dagar of the 16th century. In 2012, he was awarded the prestigious Sangeet Natak Akademi Award. Dagar started training in the Veena under his father when he was 12 years old. After the demise of Zia Dagar in 1990, he continued training under his uncle Zia Fariddudin Dagar.