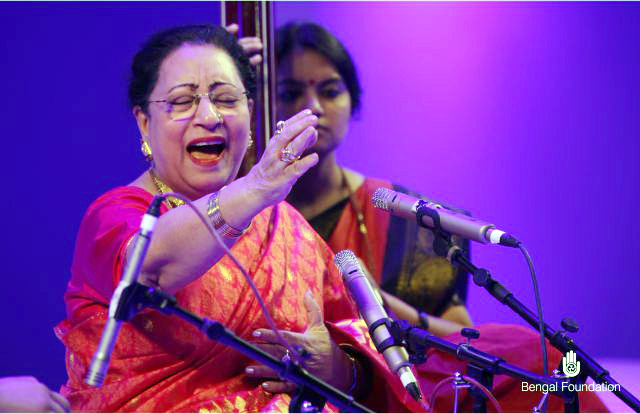 born 10 July 1950 is an Assamese Hindustani classical singer of the Patiala Gharana. She is among the foremost classical vocalists in India and is known as Queen of Classical Vocal. She was conferred the Padmashri in 1976, at the age of 25. She was born at Daccapatty in Nagaon city, Assam, India to Ikramul Mazid and Maroofa Begum. She went to Mission School . Her father was her first guru and was very strict with her. She also received early training from her grandfather Mohammed Najeef Khan, a pathan. She later went to Kolkata to learn music under the guidance of late Pandit Chinmoy Lahiri and from 1973, she became a disciple of Ustad Dilshad Khan of the Patiala Gharana. Parveen Sultana gave her first stage performance in 1962 when she was only 12 and has been recording music since 1965. Sultana has sung for movies like Gadar, Kudrat, Do Boond Pani, and Pakeezah. Recently, she sang the theme song of Vikram Bhatt’s latest opus 1920. She also sang Humein Tumse Pyaar Kitna – Kudrat 1981. Parveen Sultana has recorded for HMV, Polydor, Music India, Bharat Records, Auvidis, Magnasound, Sonodisc, Amigo. Parveen Sultana performing in Arghya 2011 She is married to Ustad Dilshad Khan. They have a daughter – Shadaab Sultana.