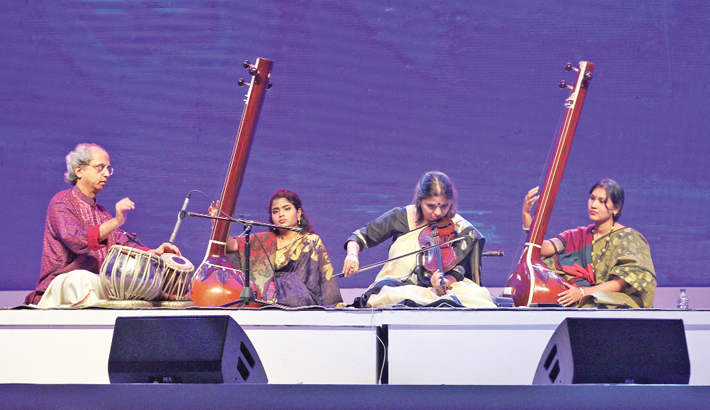 The ongoing sixth Bengal Classical Music Festival at the Abahoni Grounds in Dhanmondi in the capital is going on in full swing.

The 3rd night of the Festival opened at 7.00 pm on Thursday.

Sitar rendition by the students of Bengal Parampara Sangeetalay was the first performance of the evening.

Prashanta Bhowmik and Supantho Majumder accompanied them on the Tabla. After their performance, Vidwan Vikku Vinayakram handed over the festival memento to the artistes.

To enthrall the audience with stupendous performance on the Ghatam, Vidwan Vikku Vinayakram was the next performer to grace the stage. V Selvaganesh Vinayakram accompanied him with Kanjeera and percussion, besides Swaminathan on the Kanjeera and Konnakol and Ganesan on the Morsing. 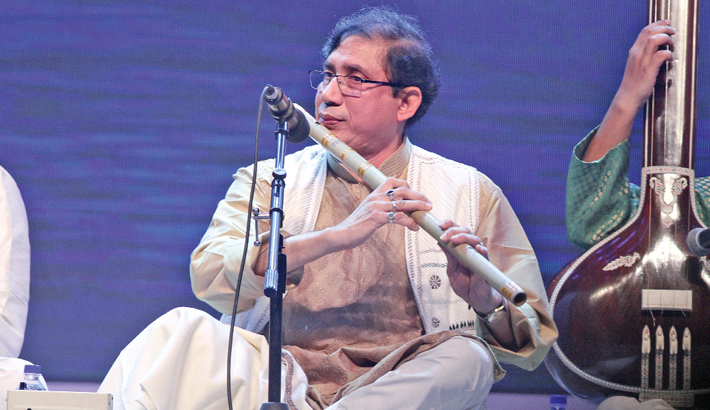 They amazed the audience with Shiv Tandav, Seven and half Beat Composition, Guru Bandana and Ganapathi Thalam. Sir Fazle Hasan Abed, Chairperson of BRAC handed over the festival crest to the artiste.

Pandit Yogesh Samsi accompanied him on the Tabla. Tapan Chowdhury, MD of Square Pharmaceuticals handed over the crest to the artiste.

The next performance of the night was a flute rendition by Gazi Abdul Hakim. He performed Raga Desh, Pilu Thumri and a few other dhuns. While Debendranath Chatterjee accompanied him on the Tabla, Samin Yasar and SM Ashik Alvi from Bengal Parampara Sangeetalay were on the Tanpura.

Salman F Rahman, Chairman of Abahoni Limited and Vice Chairman of BEXIMCO Group handed over the festival crest to the artiste.

Pandit Uday Bhawalkar’s Dhrupad was the next performer. He rendered Raga Maru and Raga Tilang. With him, Sukhad Munde accompanied him on the Pakhawaj and Abhijit Kundu and Tinku Kumar Sheel from Bengal Parampara Sangeetaly on the Tanpura.

Abul Khair Litu, Chairman of Bengal Foundation handed over the crest to the artiste. 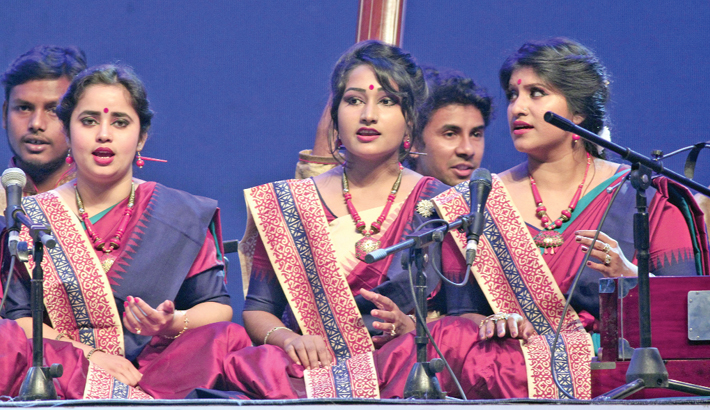 Vidushi Kala Ramnath’s violin was the penultimate performance of the night. She performed Raga Bhairav and Raga Nat Pandit Yogesh Samsi accompanied him on the Tabla; Jatyashree Roy Chowdhury and Chandra Saha Smriti accompanied her on the Tanpura. Cultural Affairs Minister Asaduzzaman Noor handed over the crest to her.

The night came to an end with Pandit Ajoy Chakrabarty who performed Khayal in Raga Gunkali. Later he sang a song. He was accompanied by Pandit Yogesh Samsi on the T abla, Gourob Chatterjee on the Harmonium and Ujjal Kumar malakar and Abhij it das were on the Tanpura. Finance Mininster Abul mal Abdul Muhith handed over the crest to this ace artiste.