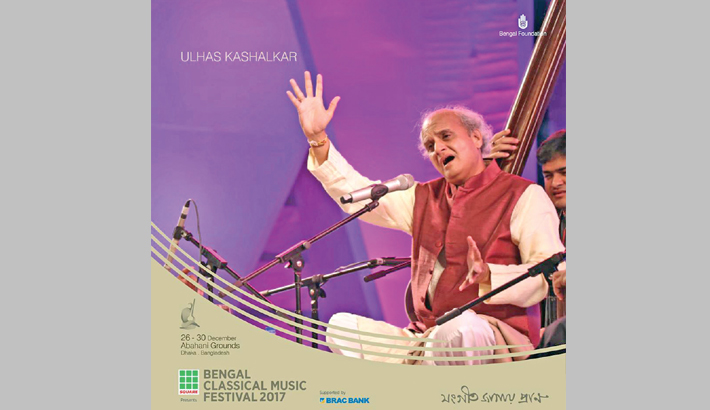 The sixth edition of the five-day long Bengal classic musical festival will begin today in the Dhanmondi’s Abahani Playground in the city.

Bengal Foundation, a public trust that started its journey during the late eighties, and has been promoting Bengali culture for years, will organise the event dedicating to the emeritus professor Anisuzzaman.

After the inaugural ceremony, Dr L Subramaniam and the Astana Symphony Philharmonic Orchestra from Kazakhstan, Sarod by Rajrupa Chowdhury, Khayal by Vidushi Padma Talwalkar, Sitar by Firoz Khan, Khayal by Supriya Das, Bengal Parampara Sangeetalay, Flute by Rakesh Chaurasia and Sitar by Purbayan Chatterjee will entertain the classical musical lovers throughout the tonight. 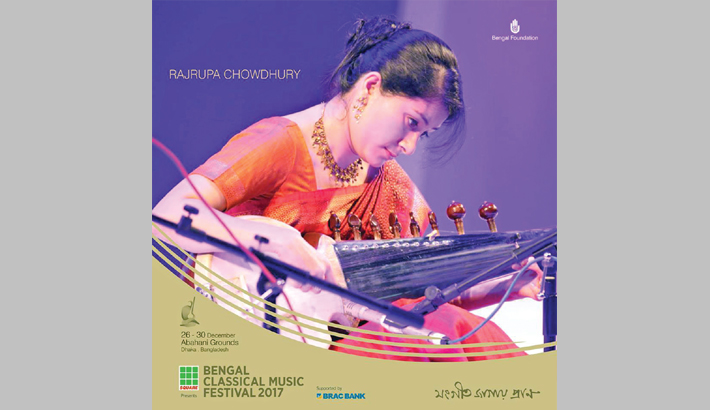 On the last day (December 30) of the event, the audience will enjoy the beautiful performance of Odissi by Vidushi Sujata Mohapatra, Mohan Veena by Pandit Vishwa Mohan Bhatt, Khayal by Brajeswar Mukherjee, Sitar by Pandit Kushal Das and Kalyanjit Das, Khayal by Pandit Kaivalyakumar, Flute by Pandit Hariprasad Chaurasia. Bengal has been organising the fest since 2012 aiming to revive the lost heritage of the rich classical music.

In the past five years, the Bengal Classical Music Festival has established itself as the biggest festival of classical music in the world in terms of performance duration and audience: since 2014, the festival duration was increased a day to five nights – running from evening to dawn.

The total number of attendances at the 2016 edition of the festival was nearly 200,000.