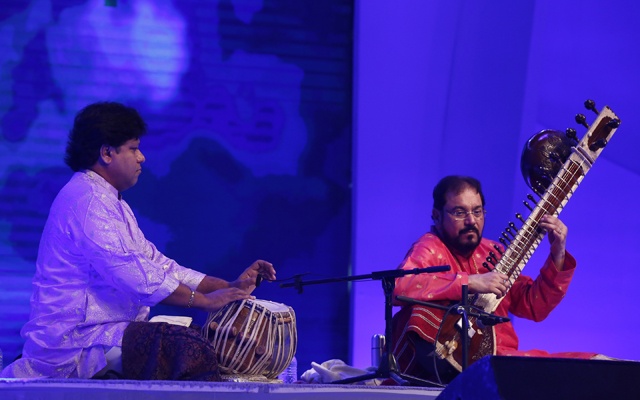 The curtains came down on the fifth Bengal Classical Music Festival, but not before maestro Hariprasad Chaurasia regaled the audience with a stellar performance on flute.

Dhaka’s Army Stadium was full to its brim on Monday night with connoisseurs streaming as the night rolled on.

After others had finished, Chaurasia took the stage just before sunrise on Tuesday , engulfing the stadium with the magic of his flute.

In the fitness of the moment, Chaurasia played ragas Provati and Jait and ended his performance with an apt folk tune.

Subhankar Bandopadhyay accompanied the maestro on tabla and Pandit Bhavani Shankar played the ‘Pakhawaz’ or ‘mridang’, a barrel shaped two side drum.

Abhijit Kundu played the tanpura while Devapriya Randip and Bibek Sonar played on the flute with Chaurasia.