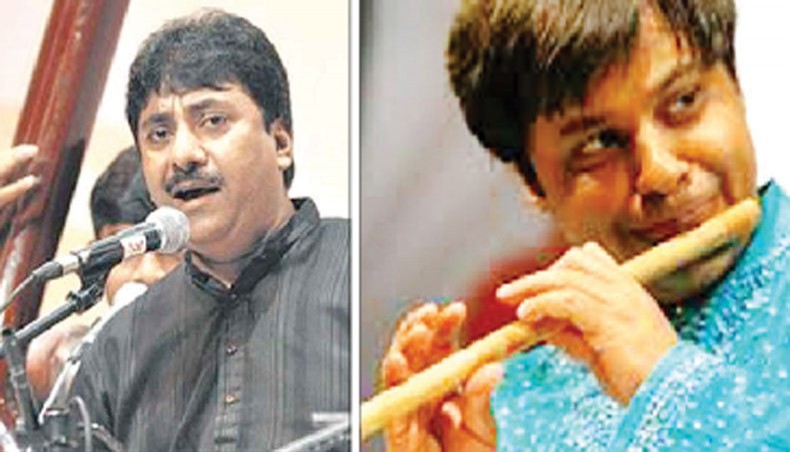 Eminent classical vocalist Rashid Khan and flute maestro Shashank Subramanyam will entertain the Dhaka audience on Saturday at the Bengal Classical Music Festival 2016. The evening show will also feature a sarod presentation by the students of Bengal Parampara Sangeetalaya, khayal by Prabha Atre, tabla recital by Pandit Anindo Chatterjee, dhrupad by Pandit Uday Bhawalkar and sitar by Pandit Sanjoy Bandopadhyay. Ustad Rashid Khan, who belongs to the Rampur-Sahaswan gharana and is the great-grandson of the gharana founder Inayat Hussain Khan, will present khayal at the show. Rashid Khan gave his first public performance at age eleven, and the following year, in 1978, he performed at an ITC concert in Delhi, India. In April 1980, he joined the ITC Sangeet Research Academy at the age of 14. By 1994, he was acknowledged as a musician at the academy. For his contributions to classical music, Rashid Khan was awarded the Padma Shri, as well as the Sangeet Natak Akademi Award in 2006. Classical maestro Pandit Bhimsen Joshi once remarked that Rashid Khan was the ‘assurance for the future of Indian vocal music.’ Shashank Subramanyam, on the other hand, will play Carnatic flute at the programme. Shashank is a Grammy-nominated exponent of the Bamboo flute from India and specialises in Indian classical music. He was a child prodigy and began performing at the age of only six, in 1984, and has since performed relentlessly. Shashank performs in a wide range of concert environments from pure Indian classical to symphonies, jazz and cross-over projects. He has led many ensembles and also has been a guest artist on many famed bands like Remember Shakti and New Jungle Orchestra. The five-day Bengal Classical Music Festival 2016, held at the Army Stadium, has been organised by Bengal Foundation.