BENGAL CLASSICAL MUSIC FESTIVAL 2016 For the Maestros of Tomorrow 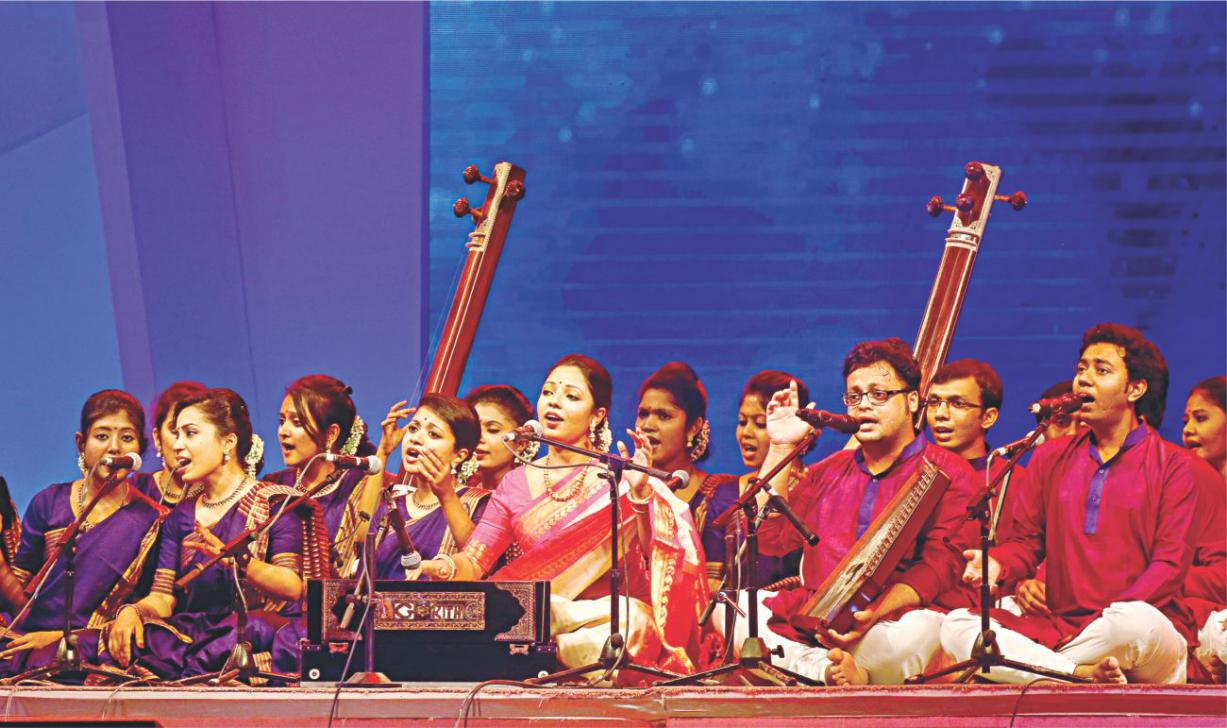 The Army Stadium was packed with around 50,000 people. The line at the entrance had gone past Kakoli intersection. Young boys and girls stood for hours to be able to catch a glimpse of maestros such as Pt. Shiv Kumar Sharma and Pt. Hariprasad Chaurasia, to have their breaths taken, their souls shaken.

“I have only heard of their names before, but I never paid much attention to their music. When I came to the first edition of the festival, I saw what they do and how they do it- it was complete magic, it was addictive. Not only have I come back to this festival every year, no matter how big the crowd or how long the line, they have also become regulars on my playlist,” said Asif Hossain, a young university student.

The audience enthralled by the music performed before them.

The fifth edition of the Bengal Classical Music Festival concluded on the 28th of November, 2016. And with its conclusion, one thing that was most comprehensible was that the youth in our country could be put on the right track- the track of art, culture and peace- with enough conviction and the example was set by this festival.

At the concluding ceremony, Annisul Haq, Mayor of Dhaka North said in his speech, “A few days ago, as I was walking down the street, I overheard some young boys behind me say, ‘I’m going to the festival tonight to listen to music.’ And the other responded saying, ‘Me too. And I won’t have anything before I go.’ It took me a while to understand that they were talking about intoxicants. As I turned to them and asked ‘What will you have and why would you not have it tonight?’, albeit they were embarrassed, they admitted, ‘Sir, we have some bad habits. But we will not indulge tonight, because the music alone can intoxicate; the music alone can give us all kinds of solace.’ And with that statement, I understood the importance of this festival for the youth.” 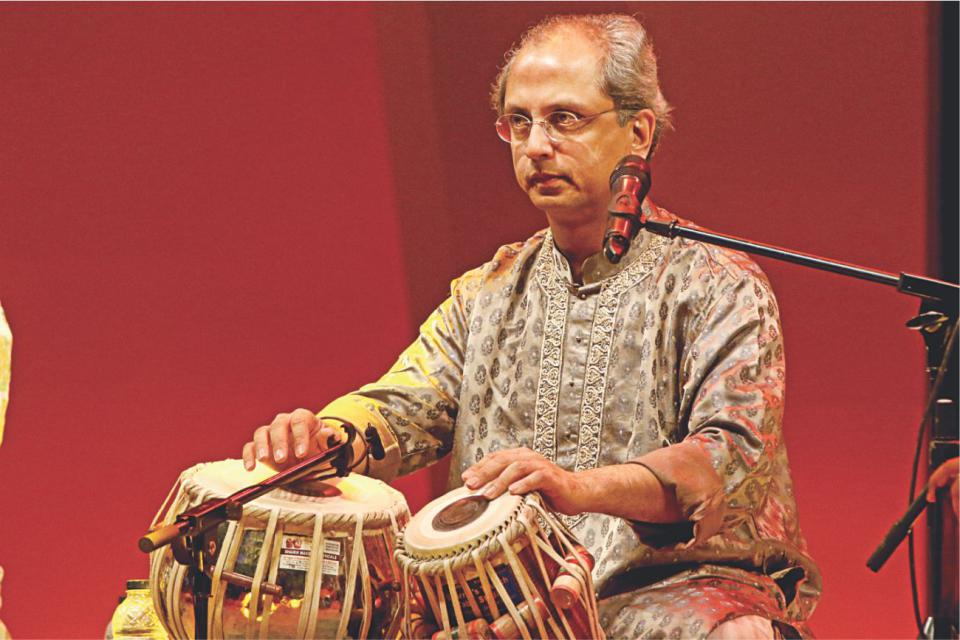 For the past five years, under the guidance and initiative of Abul Khair Litu, the chairman of Bengal Foundation, the Bengal Classical Music festival has gone on to prove that not only do we have a very keen interest in this form of music, but we have potential in ourselves to reach that height one day.

Sir Fazle Hasan Abed beautifully said, in the ceremony, “The great maestros like Ustad Allauddin Khan, Pandit Ravi Shankar, Ustad Vilayat Khan were all born on our land, and the next generation of such maestros will emerge again from this very land.” 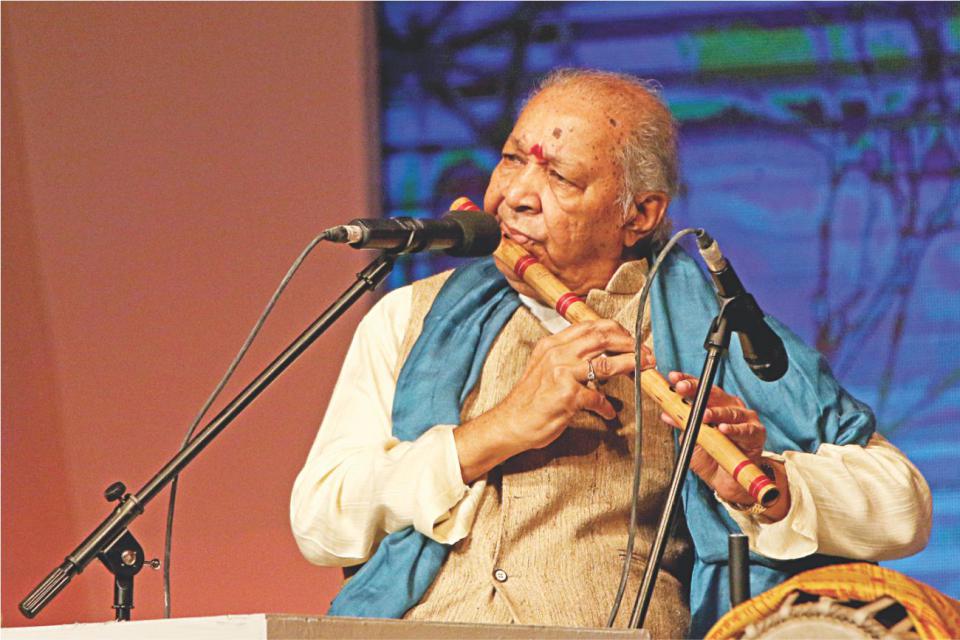 This year, among the performers as well, the youths were in the limelight. Ishrat Fuljhuri Khan, a mere seven year old Sarod player, stole the hearts of everyone in the stadium, as she played with the Bengal Parampara Sangeetlaya troupe. Manipuri dance exponent Sharmila Banerjee’s young students of Nrityanandan and Kathak dance exponent Munmun Ahmed’s shishyas from Rewaaz dazzled both local and international audiences, proving their thirst, eagerness, and dedication towards their classical dance forms. The Music Department of Dhaka University, under the guidance of Priyanka Gope, showed off their skills as they prepared us with hope for the next generation of classical singers.

“I think Bengal foundation is doing the right thing by opening up an academy, the Bengal Parampara Sangeetalaya, with excellent gurus coming in from India, and instilling the values of pursuing classical music. With more initiatives like this, I believe the youth will be guided in the right direction,” said Pandit Yogesh Shamsi, internationally acclaimed Tabla player, and a regular performer of the Bengal Classical Music Festival. 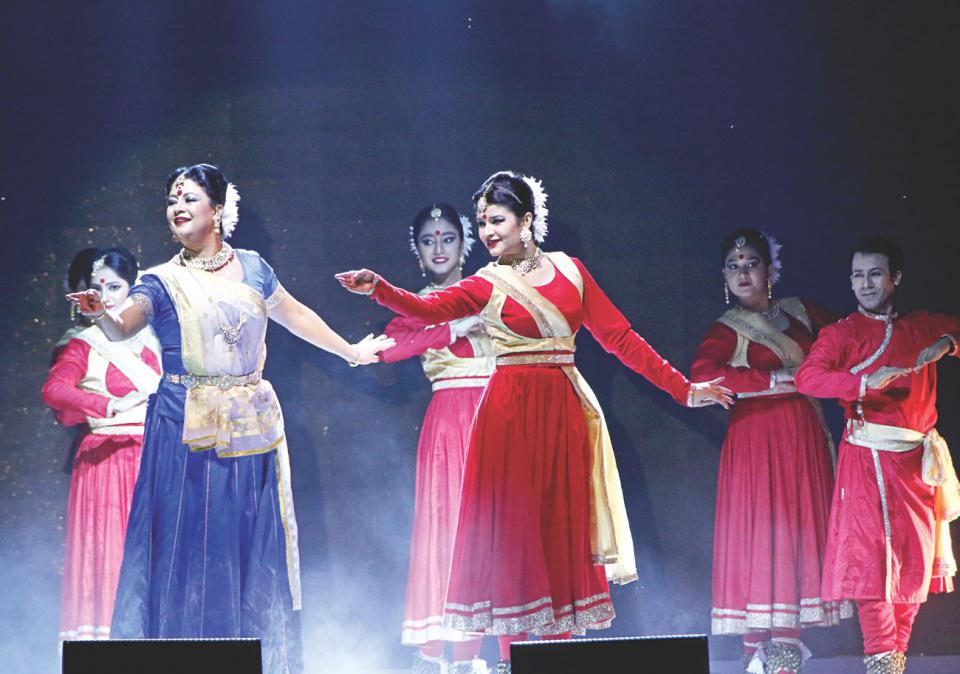 The Bengal Parampara Sangeetalaya is an ode to the youth of Bangladesh- a guidance, a pathway- for us to reach out and escape from the atrocities of life and immerse ourselves, with dedication and rigour, into the beauty of classical music. They have brought in maestros such as Pandit Ulhas Kashalkar as not only the Principal of the academy, but also classical vocal trainer, Pandit Tajendra Narayan Majumder to train the students in classical Sarod, Pandit Kushal Das for Sitar, Pandit Hariprasad Chaurasia for Flute, Pandit Uday Bhawalkar for Dhrupad and Pandit Suresh Talwalkar for Tabla.

Just the names of such highly acclaimed experts being a part of the institution is sign enough of a bright future of the cultural scene in Bangladesh. 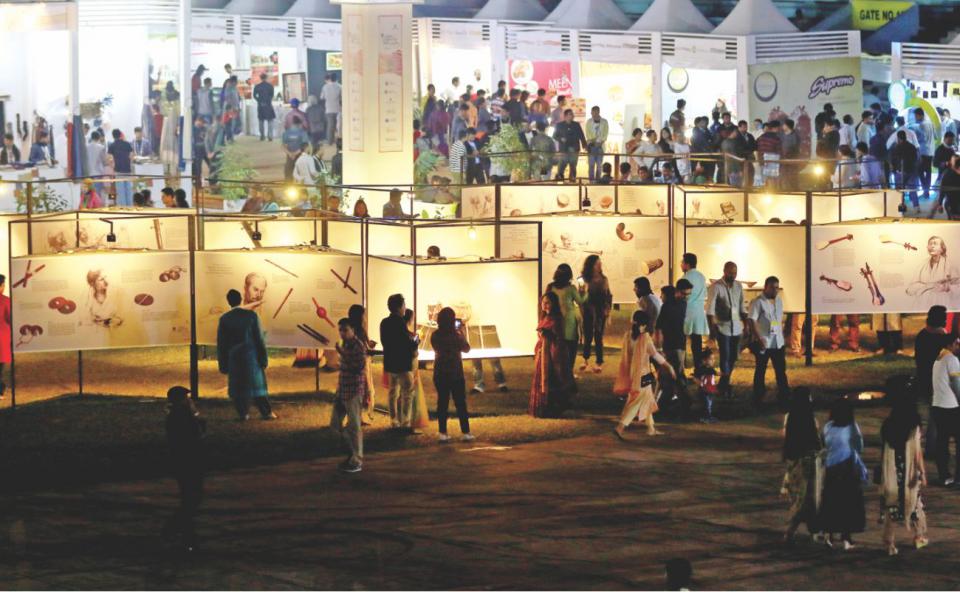 Classical music lovers scattered across the Army Stadium during the festival.

On the concluding night, Abul Khair Litu remembered the victims of the Holy Artisan attack and paid homage to the innocents who lost their lives, while making promises for the rest of the youth to make more such academies, open more of such spaces to nurture talents and passions, to keep the youth safe and guide them towards peace. With leaders like him, and with Bengal Foundation by our side, who risk everything to give us a piece of magic every year for five days, the ray of hope shines fiercer for our youth everyday.

We now begin our year-long wait to once again go into the state of meditative peace to the twinklings of the santoor, the call of the flute, the rhythms of teentaal, the murkis and meends. But meanwhile, they have given us an opportunity to prepare ourselves, to ready our paths, to rise above and one day, perhaps, be on that stage ourselves. 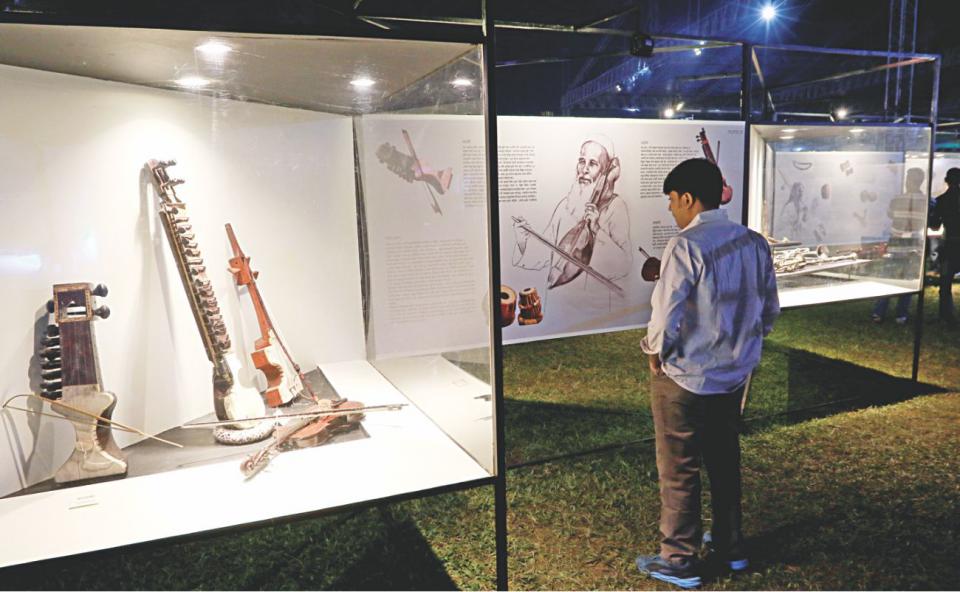 A member of the audience studying the Esraj, Sarangi and Violin closely.

This year’s Bengal Classical Music Festival was for us, the youth. It is time for us to make promises, give something back and prepare to become the maestros of tomorrow.