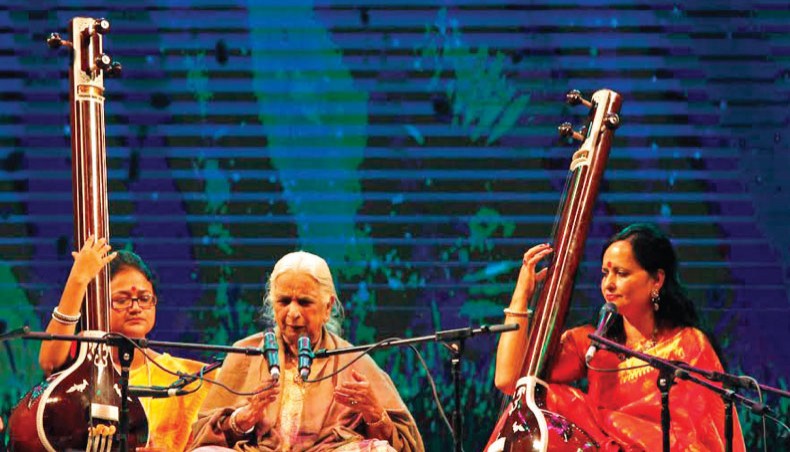 India’s iconic classical singer vidushi Girija Devi enchanted her audience with her performance on the opening day of Bengal Classical Music Festival 2016, which began on Thursday evening. Girija Devi, performing for the third time at the event, presented kheyal in raga Jogkauns, thumri in raga Mishra Khamaj, tappa in raga Kafi and dadra in raga Mishra Gauri. Sunanda Sharma provided vocal support as the 87-year-old presented the ragas, accompanied by Gopal Mishra on tabla, Murad Ali Khan on sarangi and Sumit Mishra on harmonium. The classical maestro might have grown older but from her performance it did not seem like her age has caught up to her. She can still command respect and hold the audience spellbound with her ethereal voice. Even the most intricate of classical ragas found a lucid expression in her voice as she presented them with the dexterity of a master. Girija Devi, often created with elevating the profile of thumri, has dedicated her life to the cause of Hindustani classical music for over five decades. She began training at five years of age under the tutelage of Pandit Sarju Prasad Mishra and gave her first recital in 1949, on the Allahabad branch of All India Radio. So far, Girija has received many awards including the Padma Shree in 1972 and the Padma Bhushan in 1989, which are among the highest civilian awards in India.