Something quite extraordinary, something that very few would have thought possible five years ago, just ended in Dhaka on November 28, 2016. For the fifth consecutive year, the Bengal Foundation staged the Bengal Classical Music Festival that was termed by Pandit Shiv Kumar Sharma, during his latest performance, and by several others, as the biggest classical music festival in the world. 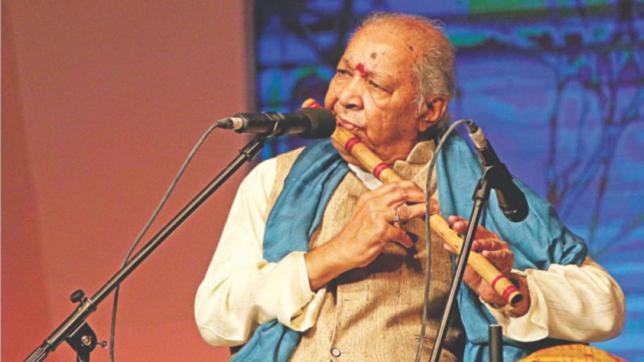 From a practically unknown venue for classical music to become the host of its largest festival, which can only be compared to a near miracle, is what the Bengal Foundation has made possible through its commitment, talented pool of workers and own resources. Conceived by its chairman Abul Khair, popularly known as Litu, and most magnificently implemented by its executive director, Luva Nahid – a very accomplished singer on her own right – the Bengal Classical Music Festival has become an annual event that can be justifiably termed as one that has changed the cultural scene of the country as far as classical music is concerned.

This paper and Prothom Alo had the privilege of being part of this project from the outset. We recall vividly our reaction of utter disbelief when Abul Khair first broached the idea to us. Classical music festival, with the most famous exponents in the world, for five whole nights, in an open stadium, for an audience of 20 to 30 thousand? Is this possible in Dhaka? Has he gone mad? The more he elaborated his thoughts, the more our jaws dropped, and the more we thought our dear old friend had finally gone bonkers. But he was clear, if we did not help him, he would go ahead with it anyway.

What clinched it for me is when he said he would do all this for free. When someone was willing to spend crores of his own money – he did not have any sponsors then – just so that thousands of music enthusiasts can get to hear the world famous maestros in the various branches of classical music face to face and free of charge, there definitely is something to this man’s vision. In an instant, we decided that this venture must be helped. Thus began our collaboration which, after five fruitful years, can be termed as one of the most satisfying partnerships that our two papers ever had.

While I leave it to more qualified people to write on the artistic aspects of the festival, permit me to concentrate on what the event has done to us as a country, as a society and to the lovers of classical music in particular.

Just imagine, thousands of men and women, young and old, rich and not so rich, from Dhaka and the district towns, from the upper and the middle class thronged to the army stadium early in the evenings and stayed till the early hours of the following mornings, for five consecutive nights, listening to Chaurasia’s flute, Kushal Das’ sitar, Tejendra Majumdar’s sarod, Shiv Kumar Sharma’s santoor, Yogesh Samsi’s tabla and Rashid Khan’s vocal renditions, among many other maestros. Could we have ever imagined that Dhaka would outdo other long standing centres of classical music, not only in sheer size of the audience – and there were between 10-20 thousand people at any one time, reaching 30-35 thousand on occasions – but also on the quality of listeners, as evidenced by the repeated statements of the artists who said they seldom saw such ardent fans of classical music anywhere.

The interest, the patience, the discipline, enthusiasm shown by the Dhaka audience and the capacity to understand and appreciate the intricate renditions of a particular raga, displayed by our listeners with instant applause, speaks of the growth of a large number of genuine classical music enthusiasts that we never knew existed and whose growth has been made possible by Bengal Foundation’s relentless efforts.

This is the game changing contribution that Bengal Foundation, led by its visionary chair and its highly talented executive director, has made in the music scene of the country. By setting up a special school for our talented youth and bringing highly qualified teachers from India, Bengal Foundation is creating a whole new generation of young classical musicians whose impressive performances we saw during the festival. Abul Khair asserts confidently that within a few years, these artists will be performing all over the world where there is practically none from Bangladesh today.

The Classical Music Festival has given a new image to Bangladesh and to its capacity to hold global standard cultural festivals. Just as one good deed instigates another, inspired by the Bengal Foundation, Blue’s Communication, an event management outfit, owned by Abul Khair, held a “Sufi Festival” and a “Jazz Festival” in the past, and plans a mega “Sufi Festival” in the near future. Similarly, Square Group, which is one of the sponsors of the classical festival, has been holding its own “Folk Festival” for the last two years.

We express our profound gratitude and sincere thanks to the Bengal Foundation, to its chair, and to its executive director, for giving us five magical evenings of the highest quality classical music that we could have wished for. Thank you. Thanks also must be given to the government and the Army without whose active support such a huge festival would not have been made possible.

Bengal Foundation has shown the way. We request and expect other big business houses to become similar patron of the Arts and restore to this land some of its old artistic glory and make Bangladesh the future centre of artistic excellence.

The writer is Editor & Publisher, The Daily Star.