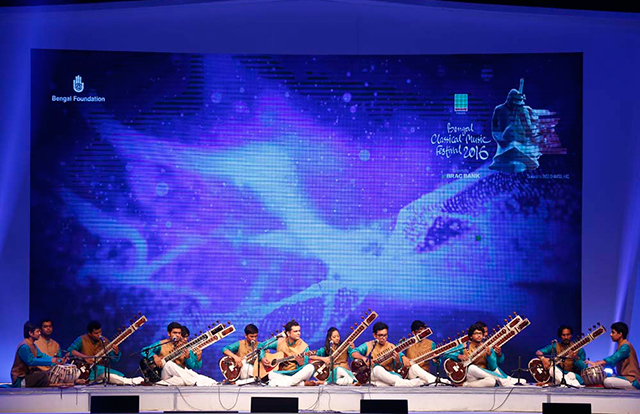 Bengal Parampara Sangeetalay’s Sitar band was formed in 2015 and consists of sitar students students from the institute. The group presently consists of eleven students and are training under the guidance of Pandit Kushal Kumar Das, a noted sitar artist from India. Since its inception, the band has performed at the Bengal Classical Music Festival 2016, Bengal Sangskriti Utsab 2017, and at an event organised by BRAC.