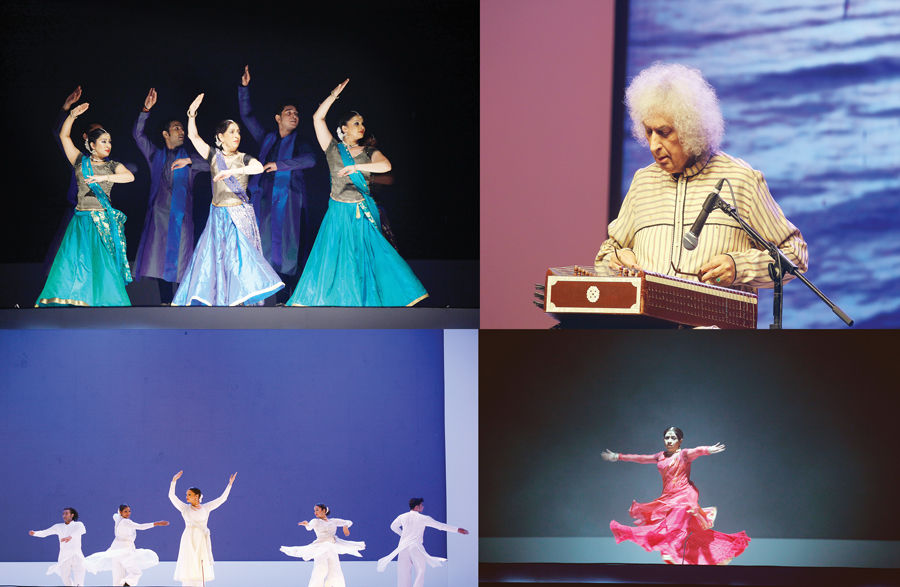 The 2nd night of Bengal Classical Music Festival 2017 kicked off at 7.30 pm on 27 December at the Abahoni Grounds in Dhanmondi.
Aditi Mangaldas, Gauri Diwakar, Minhaz, Amrapali Bhandari, Anjana Kumari, Manoj Kumar and Sunny Shishodiya were the performers of the Kathak numbers.
Faiaz Ahmed was on the vocal and harmonium while Mohit Gangani accompanied him on the Tabla and Padhant. With Ashish Gangani on the Pakhawaj and Padhant, Rohit Prasanna was on flute.
The other performances of the night were Tabla rendition by the students of Bengal Parampara Sangeetalay; Santoor by Pandit Shivkumar Sharma; Khayal by Pandit Ulhas Kashalkar; Sitar by Ustad Shahid Parvez Khan; Dhrupad by Avijit Kundu of Bengal Parampara Sangeetalay and finally, Flute by Pandit Ronu Majumdar and Sarod by Pandit Debojyoti Bose.