Classical Music has the power to change society

Eminent art and music connoisseur Abul Khair, Chairman of Bengal Foundation, embarked on a dream of reaching classical music to the masses, and with the Bengal Classical Music Festival, that opened its fifth edition last night at the Army Stadium, that dream has come a long way. The Daily Star caught up with him in a recent conversation. 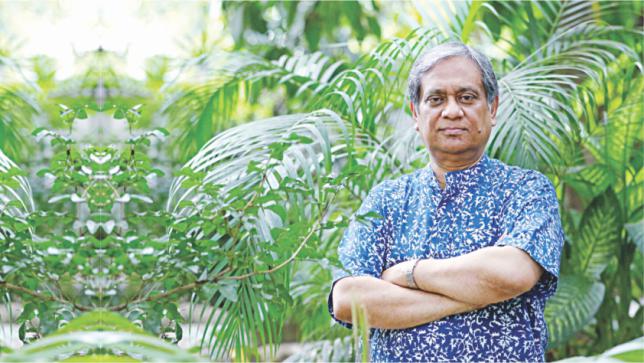 How do you think this grand event of classical music can help shape the collective taste of a nation?

Abul Khair: With both the purity of classical music as well as the fact that it outlines the basic principles of music practiced in the region, it may be rightfully perceived as the foundation on which to build the practice of music in general. The different types of music practiced in the region are mostly Raga-based. One can only truly begin to appreciate and develop a taste for better and refined things in life once exposed to it, so by providing an opportunity for the people to come and listen to music which is so pure, we are confident that it will help mould the intellect in a certain way. I strongly feel that it has almost a cleansing effect and it would be difficult to influence these people and make them do anything which is wrong or immoral. It is music which has the power to change society and that is the power of classical music.

The idea behind hosting a festival of this scale had the intention of not only reviving the practice of classical music in Bangladesh, but also was always backed by the idea of providing a platform to facilitate the proper practice of it. The unprecedented success of Bengal Classical Music Festival in its first year led to the thought of properly reviving the practice of classical music in Bangladesh, and in 2014, Bengal Foundation formed the Bengal Parampara Sangeetalay, an academy for South Asian classical performing arts, with emphasis on music. I am proud to say that within a short time, students have taken a keen interest to learn, to the extent that this year, three groups of students of Bengal Parampara Sangeetalay are performing on the same platform graced by the likes of Pandit Hariprasad Chaurasia, Vidushi Girija Devi, Pandit Shiv Kumar Sharma, Ustad Rashid Khan and many other legendary names. The impact of the Festival is therefore quite apparent in how it has enkindled the passion for classical music. It has always been my belief that an educated appreciation of art and culture are the best moulds for any intellect and a person who has a love and understanding of the arts cannot really be pulled into a lower realm of thought.

What is your message to classical music lovers at the upcoming festival?

Abul Khair: I had the privilege of being tutored in art and culture by my uncle and my mother, and it is because of them that I have had access to the thoughts of countless great minds. In retrospect, I have often thought that perhaps, those discourses sketching the backdrop of my childhood may have carved the first mark of passion and appreciation for the arts within me. Bengal Foundation stands for more than just a Trust involved in promoting the arts. The genre is usually termed as Indian classical music more because we were all once a part of one India and has more to do with simple geography than anything else. This is a genre of music that belongs to the whole subcontinent and music seems to effortlessly flow in our veins. I cannot speak of the success of the festival without mentioning the audience and every single artiste has spoken highly about the love and connection they have felt with such an appreciative audience. It is our pleasure to be able to present a festival of this kind to people who appreciate and understand it.