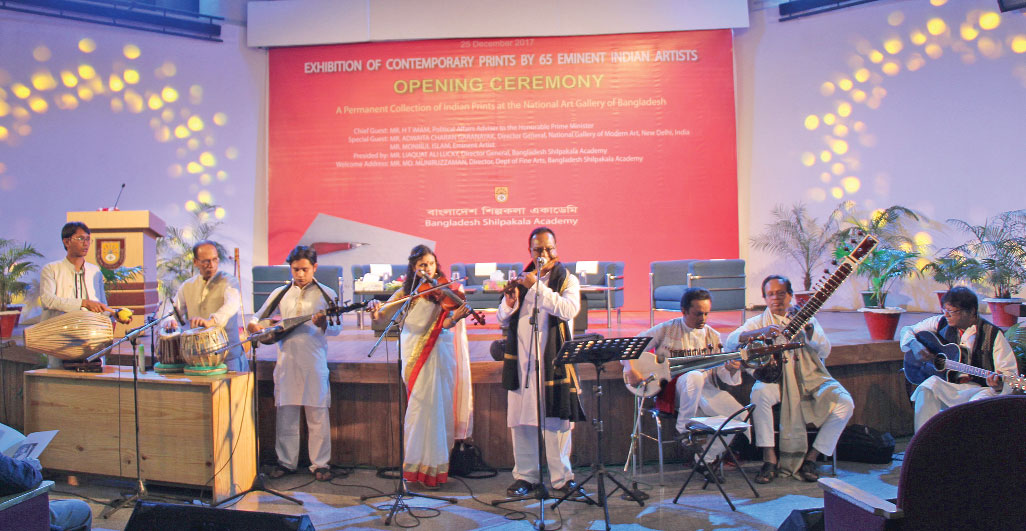 A 15-day contemporary printmaking art exhibition of 65 Indian artists began at Gallery-6 in National Gallery of Art of Bangladesh Shilapakala Academy (BSA) in the capital on Monday.

Presided over by BSA Director General Liaquat Ali Lucky, Prime Minister’s political advisor HT Imam was inaugurated the exhibition as chief guest at the auditorium of the National Art Gallery at 10 am on the day. 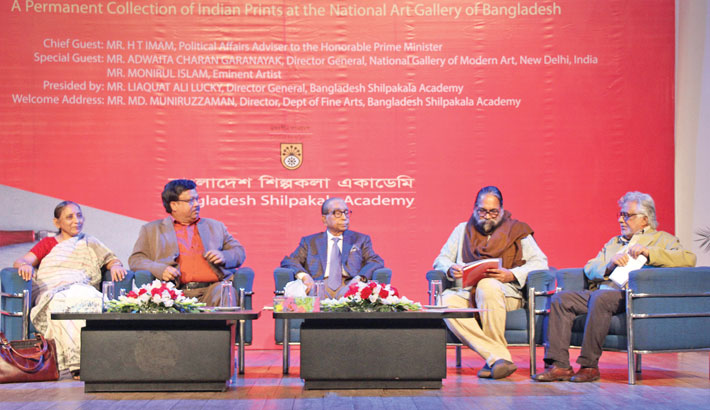 The Shilpakala Academy has been organising the exhibition in collaboration with the cultural affairs ministry of Bangladesh.

The exhibition will continue till January 4, 2018.
A total of 65 artists from India have taken part at the exhibition.
The contemporary printmaking came to India in 1556, about a hundred years after Guttenberg’s Bible was first printed. At this time, printmaking was used merely as a device to duplicate and reproduce. There is, however, evidence that the use of the concept of mass duplication dates even further back in India, to the time of the Indus Valley Civilization. For instance, grants of land were originally recorded by engraving the information on copper plates and etchings on different surfaces like wood, bone, ivory and shells have been documented as an important craft of that time. Nevertheless, printmaking as a media for artistic expression, as it is recognised today, emerged in India less than ninety years ago.