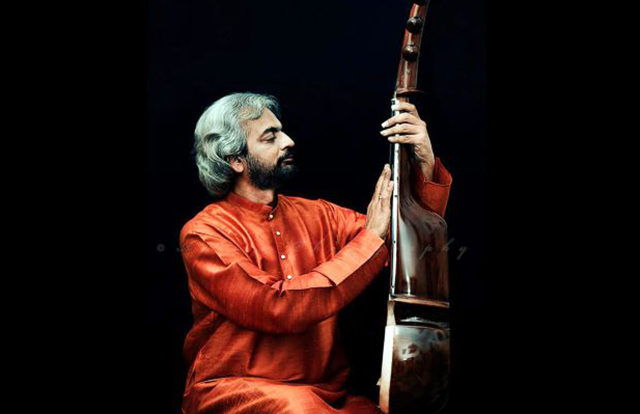 Debojyoti Bose is a notable tabla artist from India, an exponent of the Senia Bangash Gharana. His grandfather Akshay Kumar Bose had a great passion for tabla which was passed on to the generations that followed; Bose is part of the fourth generations of musicians in his family. His father, Pandit Biswanath Bose, was an exponent of the Benaras Gharana and a disciple of Pandit Kanthe Maharaj. His mother, Bharati Bose, a sitar artist, was a disciple of Ustad Mushtaq Ali Khan and Ustad Ali Akbar Khan. Bose initially trained under the guidance of his parents but eventually became a disciple of Ustad Amjad Ali Khan. He also received additional training in classical vocals from Pandit Jayanta Bose, Pandit Rajan and Sajan Mishra and Pandit Vijay Kichlu.