Dhaka turns into Kalavati Nagar-The music that binds us

With the first sun rays gleaming through the thin layer of fog, Dhaka will spring to life. World class artistes – the “Kalavats” – will prepare their string, wind, percussion instruments and vocals and dance to demonstrate their mastery, to express their adulation towards their Creator. The stage is thus set at the Army stadium, playing host to the Indian luminaries for the fifth year to celebrate music and to celebrate the bonds that bind music lovers from across the sub-continent. 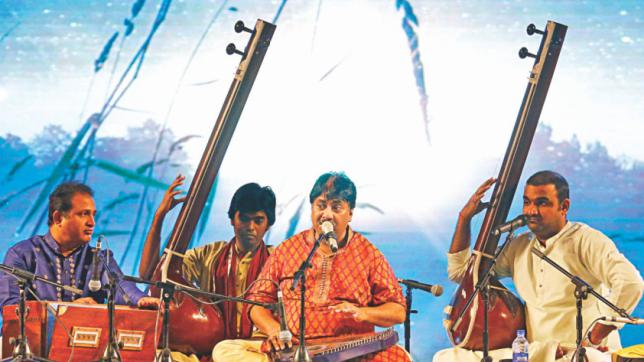 Each visit to this event feels like a pilgrimage,” said Pandit Hariprasad Chaurasia. “The heritage of both Bangladeshi and Indian music is identical. Many Bangladeshi maestros have contributed significantly to the parampara of Hindustani classical music. It is a matter of great pride that such a star-studded festival organised by Bengal Foundation takes place in the birthplace of those maestros,” said Pandit Ulhas Kashalkar.

While raga-based music imposes strict rules and restrictions it also ironically thrives in unfettered liberty. The same raga can be presented differently, according to the artiste’s skills. The same artiste may even choose to sing the same raga differently at different times. Due to this characteristic, raga-based music to its lovers represent “life”, an ever evolving, ever growing intrigue of pukar, notation, rendition and maturity. 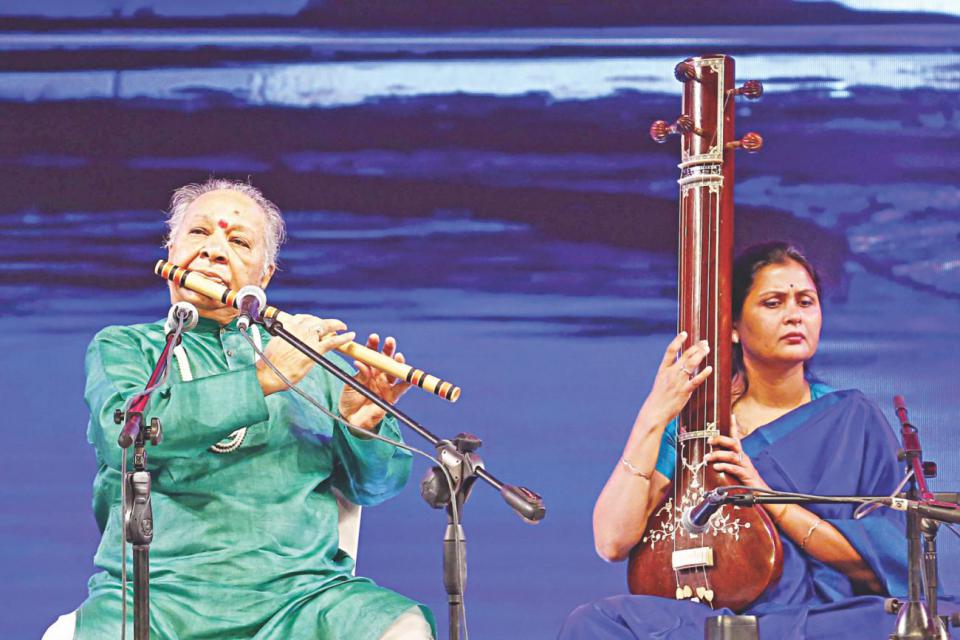 The setting could not have been more apt. The wintry breeze gently blowing across the arena, the full moon casting a silvery blanket over the glistening dew all combine to suggest nature’s way of announcing the end of a year and the beginning of something new. The maestros alive to the setting go about their audacious performances, straining every vocal cord, strumming every inch of their instruments, flexing every inconceivable muscle in their bodies to match the mood. The Khayal, Thumri, Kajri, Chaiti, Gamak, Meend, the lightening Taan, Tora, Alap, Jor and Jhala compete with each other to win the hearts and mind of the assembled thousands. Who can resist the festival’s powerful aura?

Octogenarian sarodia Pandit Buddhadev Das Gupta’s advice was to initiate the children into music as early as four or five years of age. A minimum practice session of one hour a day would create a musical sense and affinity to nature. “Even Winston Churchill would learn a new poetry by heart every day while he would shave,” he added with a smile.

As a child I remember tiptoeing into the radio studio, following the soft echoes of the musical performances. I watched the artiste carefully calibrating bowls of china with water to create a beautiful melody of music as she lightly tapped the bowls with a wooden mallet. The instrument called Jal Tarang, similar to a water bottle xylophone is also called the musical bowls of India. With a slight variation in water level she glided from Raga Bilawal with shudh (pure) notes to Raga Yaman with the tibra madhyam (sharp ‘Ma’).

This year will see a large number of Bangladeshi performers present their music and dance at the festival. Students of Bengal Parampara Sangeetalay will have three group presentations at the festival – on tabla, sitar and sarod. The youngest performer at the festival at just seven years of age – Ishrat Fuljhuri Khan – will be a part of the sarod ensemble. She is the grand-daughter of prominent Bangladeshi esraj player, Ustad Fuljhuri Khan.

Abul Khair, the Chairman of Bengal Foundation appears content with what he has achieved so far by single-handedly organising the festival from its inception. “If only I live that many years, I dream that my young students at Parampara would one day perform at the same platform with stalwarts such as Rashid Khan and more.” 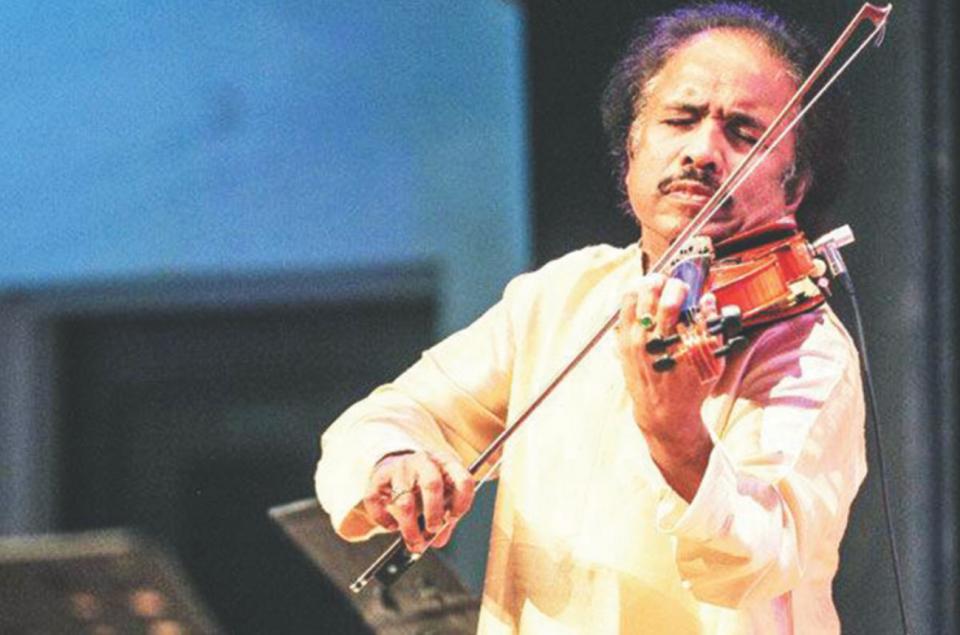 The lesson from the festival is both simple and complex. Just like a visitor entering an exotic garden, it’s easy to be swept away by the beauty of the flowers on display. Only a far-sighted observer would look for ways to replicate the magic, ways to unearth the roots of the beauty, so it can be sustained for the ages. Bangladesh is a melting pot of cultures; it has welcomed many into its fold. If Bangladesh culture is to survive and proposer, it too must pay attention to its roots, care for it and nourish it to its fulsome glory. Let us each in our own way find ways to not only appreciate the magic of the music, but plant the seeds of tomorrow to grow and protect the culture that forges our identity.

Dance by Sharmila Banerjee and troupe