Euphoric melody of the twinkling stars

The second night of Bengal Classical Music Festival 2017 was evocative of some fine musical moments. Starting off with the soul-stirring Sufi dances by Aditi Mangaldas Dance Company that exerted aesthetic sparks on stage with their uniting with the ultimate, the night’s melodic proceedings had many magical moments to revisit. 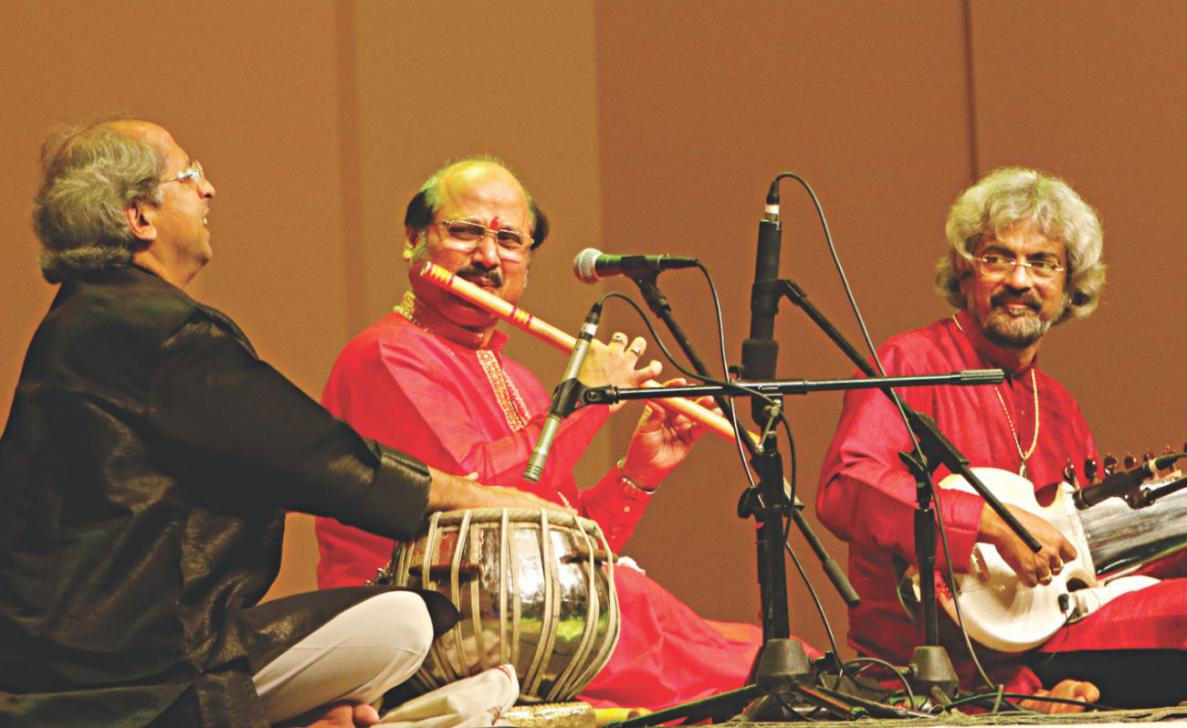 A Historic Jugalbandi to Remember
Music lovers from all walks of life gathered at the festival on its second night to experience a jugalbandi recital by eminent flautist Pt. Ronu Majumdar [of Maihar Gharana] and scintillating sarodiya Pt. Debojyoti Bose [of Senia Bangas Gharana]. Two tabla maestros – Pt. Yogesh Samsi [of Punjab Gharana and Pt. Abhijit Banerjee [of Farrukhabad Gharana] embellished the recital with their ornamentation of notes and torrents of rhythm on Dhamar and Teentaal.

The musical phraseology of Raga Ahir Bhairav styled by the maestro duo was magnificent. The pandit duo made the recital blossom like thousand flowers. Pt. Debojyoti Bose started off with a fascinating recital of alap, jod and jhala and produced some exquisite gauts based on which Pt. Ronu Majumdar frequently rested on shome generating soul-searching pukaar, the most striking and sharp portion of a flute recital. The Dhaka audience listened to the mesmeric long meend that Ronu Majumdar instantly offered.

The maestros poured all their musical passion and blessings to unite souls to the ultimate. They wove a garland of melodies with the imagery of different ragas incorporated in it. Gripping the apt mood of the raga with fabulous ragdari, Ronu Majumdar [though born in Benares but originally from Faridpur, Bangladesh] and Debojyoti Bose [whose ancestral roots are in Barisal and Jessore] painted diverse imageries of aesthetics with the colours of notations. Later, the maestro duo played a Bhatiali dhun mingling with the folk melodies of Tagore “Bhenge Mor Ghar-er Chabi” mesmerising the music lovers. 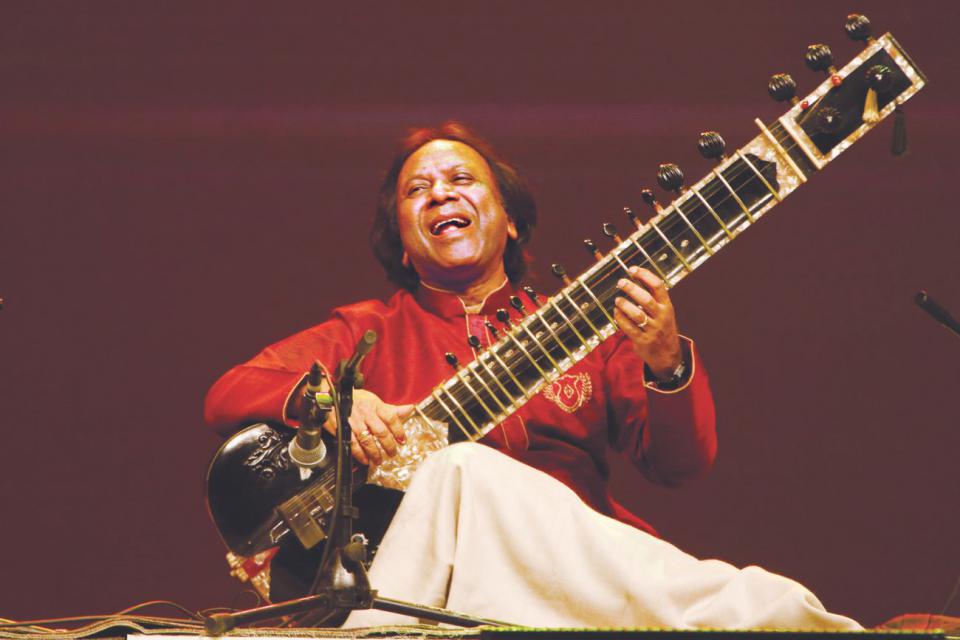 The Melody of the Twinkling Stars
Falling in love with the heritage and untainted beauty of Bangladesh, Pandit Shivkumar Sharma started off his performance with Raga Jhinjhoti. The living legend of santoor recited the raga in a way that portrayed the aesthetic beauty of Bengal including idyllic landscapes, traditional lifestyles and festivities coupled with folk elements of baul, bhatiali, jari, sari and the warmth of the people. Generating a musical phraseology in alap ang, Pt. Sharma’s performance effortlessly stirred the hearts of the Bangladeshi audience. At one point his recital appeared as the beautiful sounds of silence that can be compared with the melody of twinkling stars. The ambassador of santoor later went on to play a romantic Pahadi dhun. The piece articulated imagery of spring in the hills where pining for a loved one echoes. 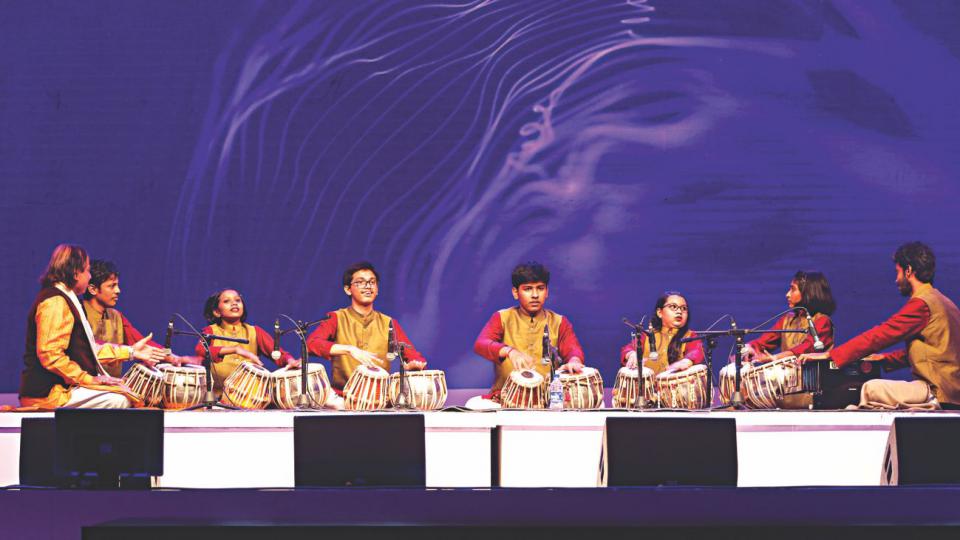 The penultimate performance of the night was an immaculate Dhrupad performance set on a romantic Raga Behag by Avijit Kundu of Bengal Parampara Sangeetalay. Sukhad Munde accompanied him on the Pakhawaj, Jatyasree Roy Chowdhury and Tinku Kumar Sheel were on the Tanpura.

Parampara Guru Pt. Ulhas Kashalkar rendered Raga Jogkauns, an intermingling of raga Jog and Chandrakauns, at the festival. After performing a meditative alap, the artiste presented the vilambit and madhyalaya bandish of the raga. The Pandit later performed Raga Sohini. Pt. Suresh Talwalkar accompanied him on the tabla.