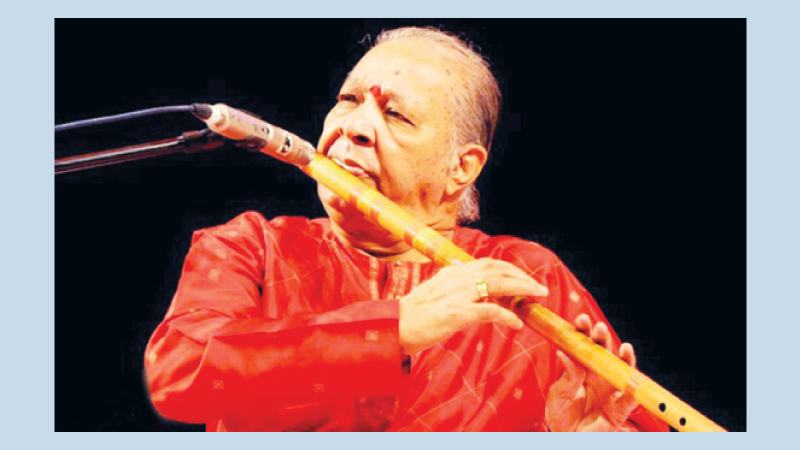 Iconic maestros of classical music world Pandit Hariprasad Chaurasia, who is also main attractions of the sixth edition of ‘Bengal Classical Music Festival 2017’, will give his fascinating flute performance on the concluding day of the festival, tonight at the Dhanmondi’s Abahani field.

Pandit Hariprasad Chaurasia is an iconic exponent of the bansuri. He was training in the disciplines of classical vocal music at the age of fifteen from Pandit Raja Ram of Benares Gharana, but changed his focus to the flute after hearing a recital by Pandit Bholanath. Chaurasia is considered to be one of India’s most-respected classical musicians; earning him several prestigious awards and honours – which included the Padma Bhushan, Padma Vibhushan, Sangeet Natak Academy Award, Sangeet Natak Academy Fellowship Award, National Eminence, the title ‘Officer in the Order of Orange-Nassau’ by the Dutch Royal family at Amsterdam, Knight in the Order of Arts and Letters by Ministry of Culture of the Republic of France, amongst many others.
He serves as the artistic director of the World Music Department at the Rotterdam Music Conservatory in the Netherlands.