hymn of an evening 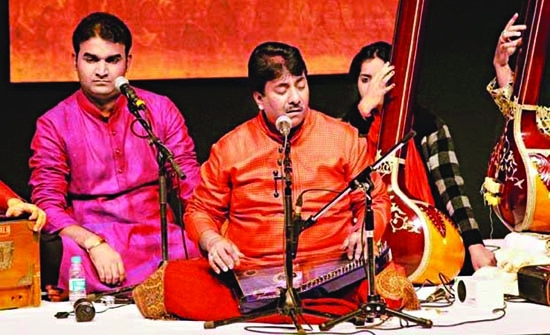 My evening started there at 7.10 pm. Yes, the venue was Bangladesh army stadium, holding the credit of biggest classic music festival in the world. I am telling about 5 day long Bengal Music Festival. No doubt it’s a definite pride for the nation. In fact entire world got a chance to know Bangladesh through this festival. Along with the Bangladeshi people, foreigners have also enjoyed this classical music festival.

Just after stepping into the ground I understood I missed a lot of fantastic things as it was the last day of the event. Dhaka University music department’s students were performing a chorus that time. The outset of winter created a different feeling into me. Priyanka Gope along with her team mates was performing Ragg Vupali, Khayal Tarana. Everbody was in pretty sharp, decent and best position as the artists were performing the superb Khayal. Jannat-E-Ferdus, Asha Sarkar, Karishma Salu Sovvota, Partho Protim Mitra gave their best efforts to make the performance lifelike. I must say their performance was superb. 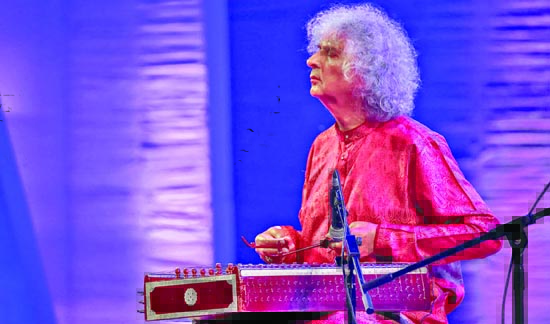 For a moment I got the chance to meet with Jannat-E-Ferdus and asked her feelings about such a marvelous performance. One of her dreams came true as she was the part of this big event. She is going to complete her graduation in music from Dhaka University. Being a music-student she always keeps the real fascination to perform on a distinguished stage. And through this performance she has taken the real taste of a deep-heart fascination.

After a while some of the students of’Bengal Parampara’ appeared on stage to play sitar. I became speechless and got moved by the Tune-Rhythm-Fusion. Then I was recollection a famous speech by Plato: “Music is the movement of sound to reach the soul for the education of its virtue.” Though Santur is an instrument used for Raaga Sangeet Pandit Shiv Kumar Sharma showed us his charisma playing it in various types on various tunes. His fusion helped recollect another saying by Victor Hugo”Music expresses that which cannot be said and on which it is impossible to be silent.”

Everybody was enjoying his performance with deep attention. Afterwards, Pandit Kushal Das with Sitar and Pandit Shuvankar Benarji with Tabla just grabbed me in a profound bafflement. These two iconic maestros of Indian Classical Music took me to the bank of a sub-continental music ocean. I mean they were presenting one after one; from their ocean of Indian classic music. The clock then crossed the last tip of mid night. The whole stadium was fully enticed into solid music muse. Arati Ankalikar Tikekar’s Khayal jolted me again. Her sweet tune, fusion and harmonization were more than imagination. Really she did make the moments remarkable enough.

Then all were eagerly waiting for a big name, Hariprasad Chaurasia and his magical flute performance. Yes, that was the real ample, comprehensive and extensive magic, like panorama as in profuse. Actually, I got pretty few words for him: luscious, imposing, dramatic, stupendous, and extraordinary. Well, I think I lost my words too. How flute can detain audience I saw there. Bangladesh army stadium was just hypnotized by Hariprasad Chaurasia’s flute. I saw some audiences were preparing for leaving, as the first note came out from the legend’s flute, they just stuck there, and came back again. The clock has crossed 3.30 am. The entire stadium was just hovering on that magical tune. I also got mesmerized. One by one he was presenting those allures. Yes, those were the real utmost and distinguished of the span. And I was remebering some lines from William Shakespeare’s Twelfth Night –
“If music be the food of love, play on,
Give me excess of it; that surfeiting,
The appetite may sicken, and so die.”
And now before started for my last few words, I would like to combine my tune as Samuel Taylor Coleridge said –
“Swans sing before they die-‘t were no bad thing Should certain persons die before they sing.”