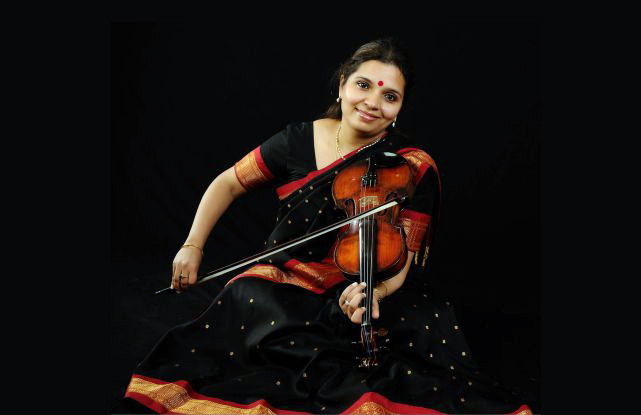 Kala Ramnath is a distinguished violinist from India, an exponent of the Mewati gharana. She began her training under the guidance of her grandfather, Vidwan A. Narayan Iyer and went on to become a disciple of the legendary vocalist Pandit Jasraj. During this mentorship Ramnath revolutionised the violin technique and produced a sound so unique, evocative and akin to classical Indian vocal music that today her style is best known as ‘The Singing Violin’. Ramnath stands amongst one of the best instrumentalists in the world. She has performed at prestigious shows in India and abroad. Her music has also been featured in many Hollywood films, including the Oscar nominated ‘Blood Diamond’. Ramnath is a recipient of many awards, most notably the ‘Rashtriya Kumar Gandharva Sanman, Pandit Jasraj Gaurav Puraskar, Sur Ratna and a Grammy nomination.