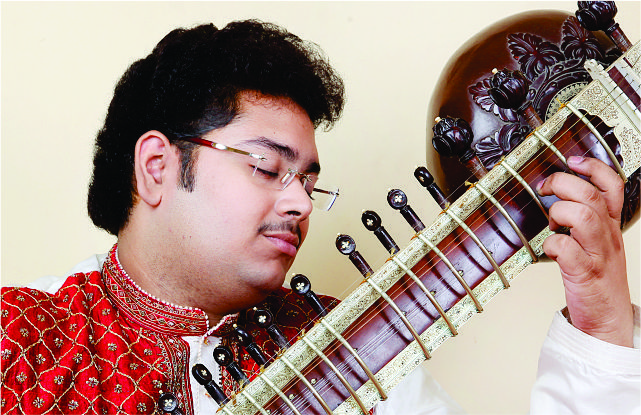 Kalyanjit Das is a notable sitarist from India, an exponent of the Senia Maihar Gharana. He represents the fourth generation of musicians from his family – he is the great-grandson of Late Bimal Chandra Das, grandson of Late Sailen Das, and son of sitar maestro Pandit Kushal Das. Das trained under the guidance of his father and Pandit Sanjoy Bandopadhyay. He also trained in the disciplines of classical vocals under his mother Sujata Das and Ustad Rashid Khan. His other mentors include Biplab Bhattacharya, Pandit Subhankar Banerjee, and Pandit Shankar Ghosh. Das has performed at shows in India and abroad. He is a recipient of the Jnana Pravaha Scholarship in 2012, 1st Prize in All India Radio Music Competition in 2013, Ravi Koppikar Memorial Award by The International Foundation for Fine Arts, and National Scholarship by the Government of India in 2014.