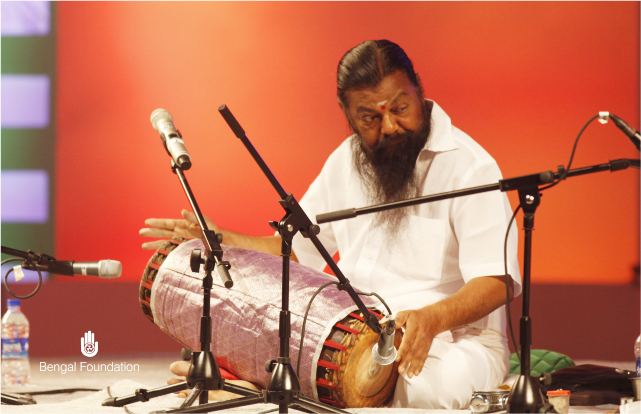 Karaikudi Mani is a renowned Indian percussionist. He is regarded as one of the greatestmridangam players by the vast majority of Carnatic connoisseurs and aficionados. Mani became involved with Carnatic music at the age of three and parted from his vocal training in favour of learning the mridangam. He underwent training under the guidance of several high profile artists such as T R Harihara Sharma and K M Vaidyanathan to name a few. Mani received his first national award at the age of 18 and for the next four decades, declined scores of prestigious awards. However, later accepted the national award from the Sangeet Natak Academy in 1999. In addition to being one of the cultural ambassadors of India, Karaikudi Mani has founded a teaching institution with his niece.