Magic in Music and thoughts thereafter!

I woke up at 4 in the morning towards the end of November to go to the washroom. On my way back to the bed, as I crossed my reading table, my attention was drawn towards the sound of music that was seeping through my glass paned window. I flung the window open and what greeted me was heavenly. Hariprasad Chaurasia was at his flute in his full form. Despite having my eyes loaded with sleep, I was, like a man possessed drawn to my chair. I sat there until it was over. 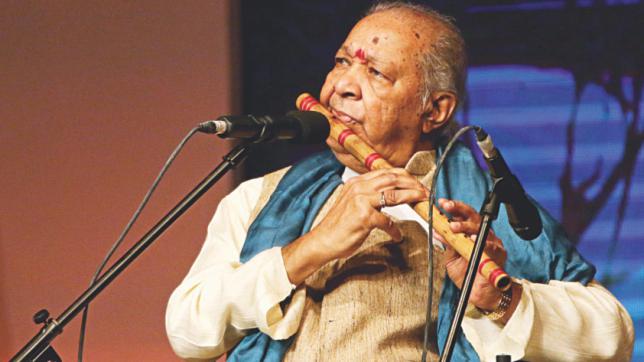 Such musical feast has been brought to us for the last few years by the untiring effort of Bengal Foundation headed by its Chairman, my young friend Abul Khair Litu. He arranges for an array of best possible Eastern Classical Music Exponents from all over the world to assemble here in the Bangladesh Army Stadium. Kudos to him for this initiative. To the best of my knowledge no one in the past ever thought of such an initiative in Bangladesh. This effort has seen Bangladeshis of various class, character and age flocking together in the venue from early evening to the early morning every night. This, arguably, is an effort that has infused a curiosity and interest amongst the ordinary Bangladeshis in Eastern Classical Music. The number of attendees has increased to, I am told, over forty thousand people per evening. 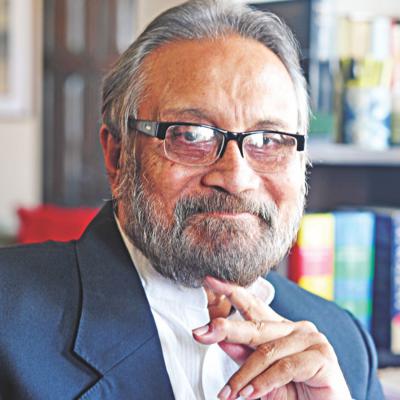 Such an enterprise will verily educate us in terms of classical music and, hopefully, convert ordinary Bangladeshis to become Classical Music Lovers. While there can be no question of not evaluating such an endeavour positively, I think time has come to consider the question of its sustainability.
Agreed that, such an effort going on unabated year after year as CSR initiative will be beneficial to the society. Will it convert the inquisitive attendees to become engaged listeners? I dare say that, this may not be possible. People apparently are interested in whatever comes for free. And if there are other attractions as socializing, availability of delicious snacks and an occasional indulgence in other intoxicants, it will always harness a big crowd. I guess, time has now come to think about sustaining such an endeavour with a commitment from the audience. This can only be possible through introduction of an entry fee. If I have to pay for something, I am committed to be attentive to it.

In India, Classical Music is very popular in every city. Though none of those assembles are as big as here in Dhaka, they pay a price to be able to attend these fests. They have through this commitment, been able to develop engaged audiences, who devour such extra ordinary musical feasts for years on end.

This said, there cannot be any dearth in being appreciative of the effort which, in itself, can be termed as ‘Great’.