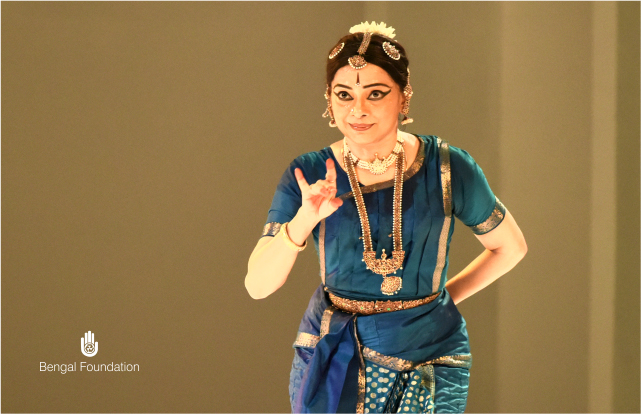 Malavika Sarukkai is an acclaimed Bharatanatyam dancer, which is an ancient form of classical dance in India, and the recipient of many awards. She started training under Guru K. Kalyanasundaram Pillai of the Thanjavur School and Guru Rajaratnam of the Vazhuvoor School. She has also studied ‘abhinaya’ under Guru Kalanidhi Narayanan, and Odissi dance under Guru Kelucharan Mohapatra and Guru Ramani Ranjan Jena. Malavika’s has captivated audiences worldwide with her traditional yet contemporary dancing style and her extraordinary artistry was featured in the BBC/WNET television documentary “Dancing”, a 9-hour series on world dance. The Government of India has also made a film on her life and work called “Samarpanam”. In recognition of her interpretation and choreography, the Indian Department of Culture has given Malavika senior fellowships and grants.