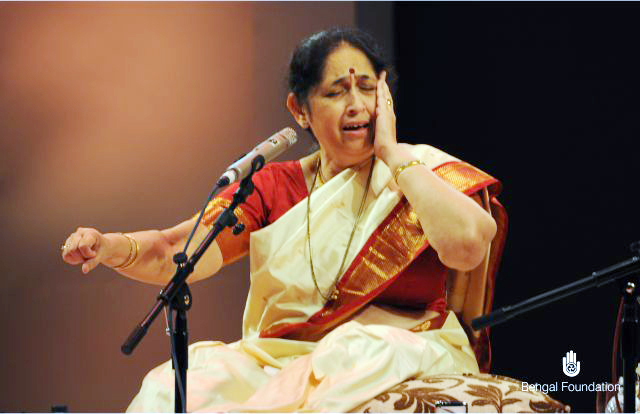 Padma Talwalkar is a classical vocalist from India. She received training in Khayal in three main gharanas; namely Gwalior, Kirana and Jaipur. She was introduced to music by her grandfather Kanebuva, and eventually became a pupil of Late Pandit Gangadharbuva Pimpalkhare. She continued her training under the guidance of Moghubai Kurdikar and Gajananrao Joshi during later years. Talwalkar’s music is best described as a unique blend of the aforementioned Gharanas. She is a recipient of the Sangeet Natak Academy Award, Rajhans Pratishthan Puraskar, Late Smt. Vatsalabai Bhimsen Joshi Puraskar, Pandit Jasraj Puraskar, amongst others. Talwalkar has performed in numerous prestigious music festivals in India. She is married to tabla maestro Suresh Talwalkar, and is the mother of Satyajit Talwalkar and Savani Talwalkar, both of whom are tabla artists.