The 3rd night of Bengal Classical Music Festival 2017 opened at 7.00 pm on 28 December at the Abahoni Grounds in Dhanmondi.
Sitar rendition by the students of Bengal Parampara Sangeetalay was the first performance of the evening. Proshanjit Mondol, T M Selim Reza, Ringko Chondra Das, Mehreen Alam, Jyoti Banerjee, Mohamad Kausar and Jahangir Alam Shraban performed a composition of Raga Kirwani by Pandit Kushal Kumar Das, a noted sitar artist from India. Prashanta Bhowmik and Supantho Majumder accompanied them on the Tabla. After their performance, Vidwan Vikku Vinayakram handed over the festival memento to the artistes.
To enthrall the audience with stupendous performance on the Ghatam, Vidwan Vikku Vinayakram was the next performer to grace the stage. V Selvaganesh Vinayakram accompanied him with Kanjeera and percussion, besides Swaminathan on the Kanjeera and Konnakol and Ganesan on the Morsing. They amazed the audience with Shiv Tandav, Seven & half Beat Composition, Guru Bandana and Ganapathi Thalam. Sir Fazle Hasan Abed, Chairperson of BRAC handed over the festival crest to the artiste.
The next performance of the night was Khayal by Govt. Music College students. They performed Raga Malkauns. Pandit Ajoy Chakraborty handed over the crest to the Principal of the Govt. Music College.
Abir Hossain was the next performer of the night. He performed Raga Abhogi on the Sarod. Pandit Yogesh Samsi accompanied him on the Tabla.Tapan Chowdhury, MD of Square Pharmaceuticals handed over the crest to the artiste.
The next performances of the night was a flute rendition by Gazi Abdul Hakim. He performed Raga Desh, Pilu Thumri and a few other dhuns. While Debendranath Chatterjee accompanied him on the Tabla, Samin Yasar and SM Ashik Alvi from Bengal Parampara Sangeetalay were on the Tanpura. Salman F Rahman, Chairman of Abahoni Limited and Vice Chairman of BEXIMCO Group handed over the festival crest to the artiste.
Pandit Uday Bhawalkar’s Dhrupad was the next performance. He rendered Raga Maru and Raga Tilang. With him, Sukhad Munde accompanied him on the Pakhawaj and Abhijit Kundu and Tinku Kumar Sheel from Bengal Parampara Sangeetaly on the Tanpura. Abul Khair Litu, Chairman of Bengal Foundation handed over the crest to the artiste.
Vidushi Kala Ramnath’s violin was the penultimate performance of the night. She performed Raga Bhairav and Raga Nat. Pandit Yogesh Samsi accompanied him on the Tabla; Jatyashree Roy Chowdhury and Chandra Saha Smriti accompanied her on the Tanpura. Asaduzzaman Noor, MP, Honorable Minister of Cultural Affairs handed over the crest to her.
The night came to an end with Pandit Ajoy Chakrabarty who performed Khayal in Raga Gunkali. Later he sang a song. The curtain of the 4th night fell with his mellifluous Bhajan. Accompanying him were Pandit Yogesh Samsi on the Tabla, Gourob Chatterjee on the Harmonium and Ujjal Kumar malakar and Abhijit das were on the Tanpura. Abul mal Abdul Muhith, Mp, Honorable Minister for Finance handed over the crest to this ace artiste.
The 4th night’s performances will have the following renditions: Nritya Chirantan: Manipuri, Bharatnatyam and Kathak dance recital, by Sweety Das, Amit Chowdhury, Snata Shahrin, Sudeshna Shyamaprabha, Mehraj Haque Tushar and Zuairiyah Mouli; Sarod by Students of Bengal Parampara Sangeetalay; Khayal by Ustad Rashid Khan; Sarod by Pandit Tejendra Narayan Majumdar; Violin by Dr Mysore Manjunath; Khayal by Pandit Jasraj; Cello by Saskia Rao de-Haas and Sitar by Pandit Budhaditya Mukherjee.
Just like previous years, the audience can enjoy quality food and beverages at the venue. A pictorial exhibition, featuring the lives of legendary music exponent of Bangladesh, is set up at the venue; another exhibition featuring works of Bengal Institute of Architecture, Landscape & Settlement is also there. Bengal Digital, Bengal Express, Bengal Parampara Sangeetalay, Aranya, Bengal Visual Arts Program, Bengal Boi, BRAC Bank and Square Group have their distinctive stalls at the venue. Journalists should be pleased to find a Wi-Fi zone dedicated to them.
Square Group is presenting the Bengal Classical Music Festival as the title sponsor. BRAC Bank is supporting the event. Channel i is the broadcast partner, while ICE Business Times is the media partner. Pan Pacific Sonargaon is the hospitality partner of the event, and Square Hospital is the medical partner. Blues Communications is handling the event management part. The festival is being presented in association with Index group, Bengal Digital and Bengal Parampara Sangeetalay. Perfect Harmony of Singapore is the strategic partner.
For the last five years, the Bengal Classical Music Festival has been the largest classical music event in the subcontinent showcasing performances from over two hundred classically trained singers and dancers. With the goal to popularise and perpetuate the practice of classical music, this festival will go on till December 30th. The event this year is dedicated to eminent educationist, researcher and cultural exponent Professor Emeritus Dr. Anisuzzaman. 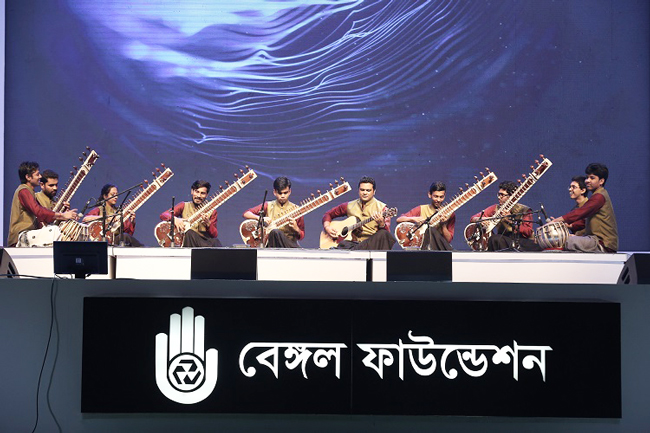 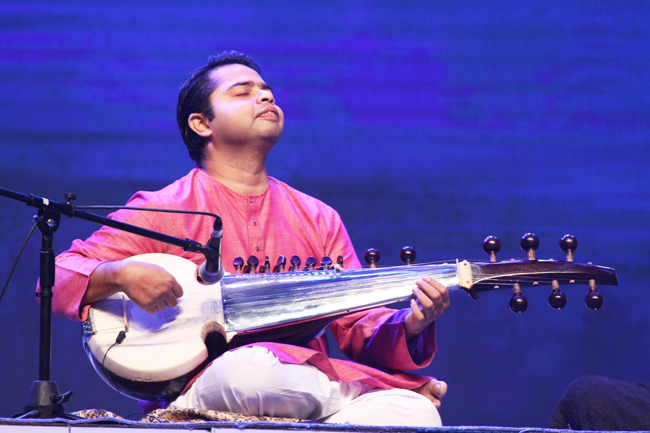 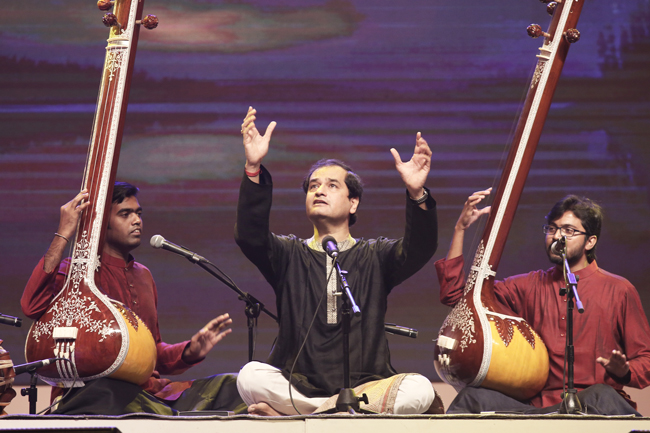 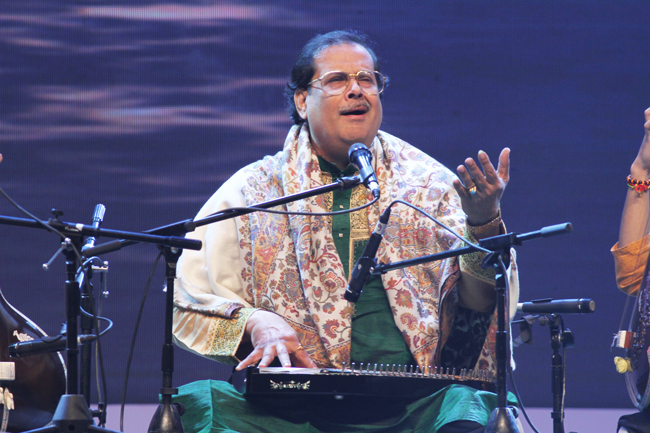 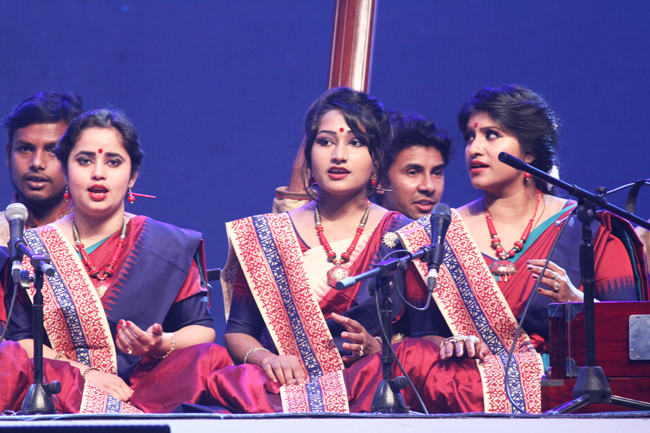 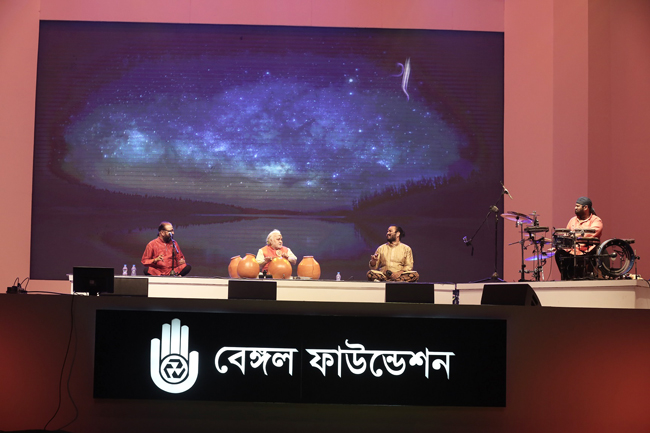 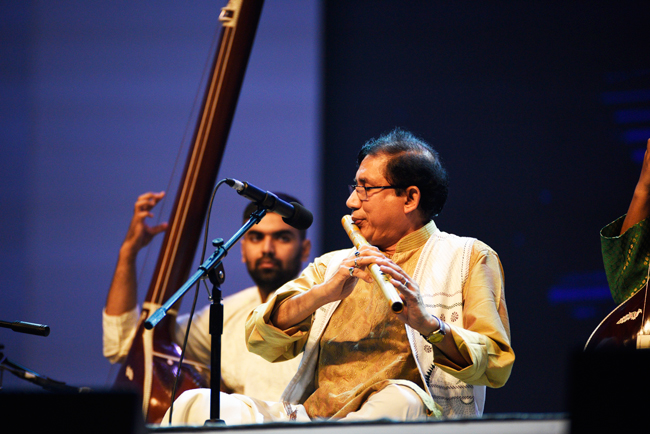