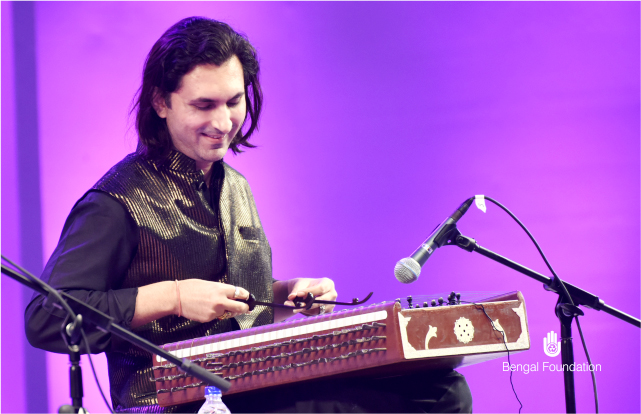 Rahul Sharma is a notable musician from India. He began his vocal and santoor training under the guidance of his father and guru, Pandit Shivkumar Sharma, a legend in India and the world over. Sharma has released several albums over the years and has collaborated with international musicians such as Richard Clayderman and Kersi Lord. He has performed worldwide at venues all over the globe, at various folk and world music festivals – including WOMAD. Sharma also composed music for a number of Bollywood films, fetching him the award for the ‘Best Debut-Music Director’ at the 2002 Zee Bollywood Music Awards. However, his original interests still lie with Indian classical, fusion and experimental music. Taj Mahal Tea has recently signed the artist as their new Brand Ambassador, where Sharma has the honour of saying ‘wah taj’ during the iconic advertisement.