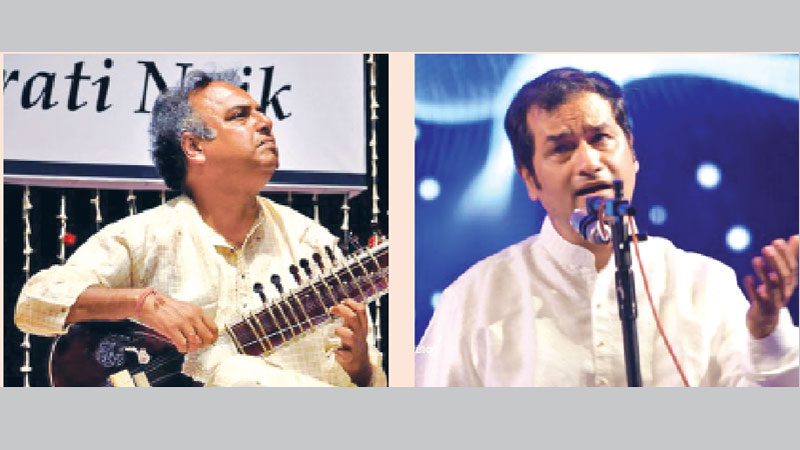 Tonight, on the third day of the ‘Bengal Classical Music Festival 2016’, the audience will enjoy the fascinating performances by the renowned music maestros from Bangladesh and India. Besides, the audience will pay extra attention to the noted artistes like Sanjoy Bandopadhyay and Uday Bhawalkar. Sanjoy Bandopadhyay is a distinguished sitar artist from India. Apart from a successful career as a performer, he is also known as a guru and an academician. Bandopadhyay primarily trained under Pandit Radhika Mohan Maitra and Pandit Bimalendu Mukherjee, but also received training from his father Pandit Peejush Prasanna Bandopadhyay, Pandit Manas Chakraborty, and Dr. M R Gautam. His performances are marked by exemplary spontaneity in musical expressions and he has performed at many prestigious events in India and abroad, including a show at the Plenary Session of UNESCO. Bandopadhyay served as ‘Artist in Residence’ at the University of Chicago and University of Colorado. He is currently the Chair Professor (Ustad Allauddin Khan Chair) at the Department of Instrumental Music, Director of S M Tagore Centre of Documentation & Research of Languishing & Obsolescent Musical Instruments, Coordinator of the UGC SAP-DRS Research Project of the Department of Instrumental Music at Rabindra Bharati University, Kolkata.
Uday Bhawalkar is a distinguished vocalist from India. He spent over a decade studying and living in the traditional guru-shishya parampara with Ustad Zia Fariduddin Dagar and Ustad Zia Mohiuddin Dagar. Bhawalkar has an engaging style and is able to reach out and communicate with audiences of all backgrounds. He has toured in both India and abroad, and has received prestigious awards including the Kumar Gandharva Samman 2001 and the Raza Foundation Award in 2007. He has joined ITC Sangeet Research Academy as a visiting guru since 2012, and is also a guru at the Bengal Parampara Sangeetalaya