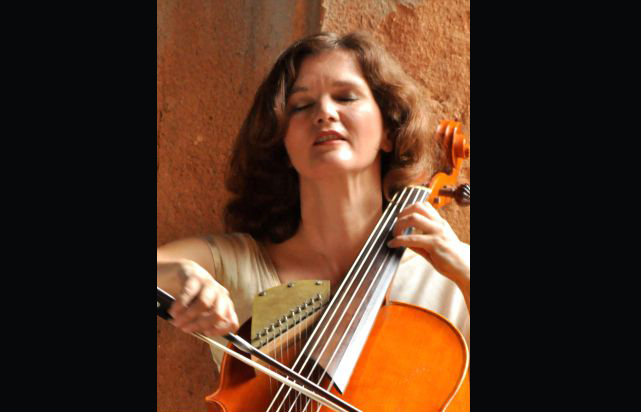 Saskia Rao-de Haas is a renowned cellist and composer from the Netherlands, based in India. She trained in the disciplines of the western music, but changed her focus after coming into contact with Indian music in 1993. She began her training under Tibor de Machula and later studied the cello at the Conservatory of Rotterdam, specialising in Indian classical music under Koustav Ray and Pandit Hariprasad Chaurasia, while finishing her masters in Ethnomusicology from the University of Amsterdam. Critics and audiences have praised her for artistic depth and technical virtuosity. Haas is credited for creating the ‘Indian cello’ and the ‘Veena d’ Amore’ – a smaller, electro acoustic cello. She has extensively toured through North America, Europe and Asia; performing at numerous prestigious shows and venues. Haas was the first female foreign artist to have performed at the prestigious Doverlane Music conference in Kolkata. Other notable Indian shows include performances at Legends of India in New Delhi, Saptak Festival in Ahmdehabad, Vasanta Habbha in Bangalore, Maihar festival, and Haridas Sangeet Samelan in Lucknow. Haas is a recipient of the Pandit Jasraj -Rotary Club of Hyderabad Award and Delhi Ratna.
Haas, along with Shubhendra Rao, runs a foundation to promote Indian music education.