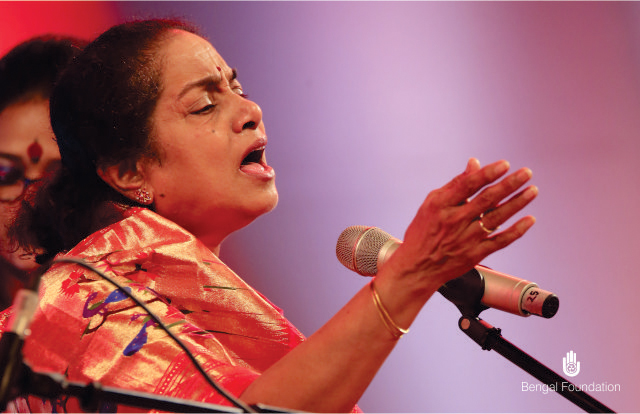 Born into a family known for its musical traditions, Shruti Sadolikar is an Indian classical singer of the khyal style. She received her initial training from her father, Wamanrao Sadolikar, before moving on to train under Gulubhai Jasdanwala. Sadolikar holds a master’s degree from SNDT Women’s University in Mumbai and the Homi Bhabha Fellowship of the National Centre for the Performing Arts. She performs all forms of Indian classical and semi-classical music, including thumri, tappa, and natya sangeet. Sadolikar has performed in many reputed shows, all over India and abroad. She was awarded with the Sangeet Natak Akademi Award and is currently the Vice Chancellor of the Bhatkhande Music Institute University in Lucknow, Uttar Pradesh.