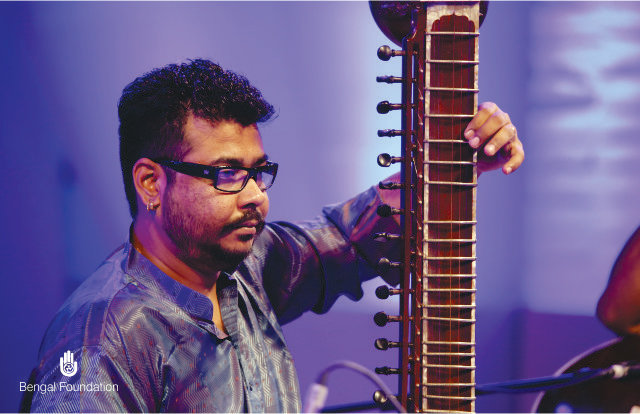 Shubhayu Sen Majumdar is a reputed esraj player from India. He was born into a family heavily influenced by music – his uncle, Sailaja Ranjan Majumdar, is also a celebrated musician and a disciple of Rabindranath Tagore. Shubhayu Sen Majumdar first showed interest towards the esraj after listening to his father play the instrument. He trained under the guidance of Professor Buddhadev Das at the age of seven. Majumdar eventually earned his Honours and Masters, majoring in the esraj, from Sangit Bhavana,Visva Bharati University. Today, he is a practicing musician in the Kolkata commercial and classical music scene. Majumdar performed in several major music festivals all over the world and is currently teaching at the Visva Bharati University.