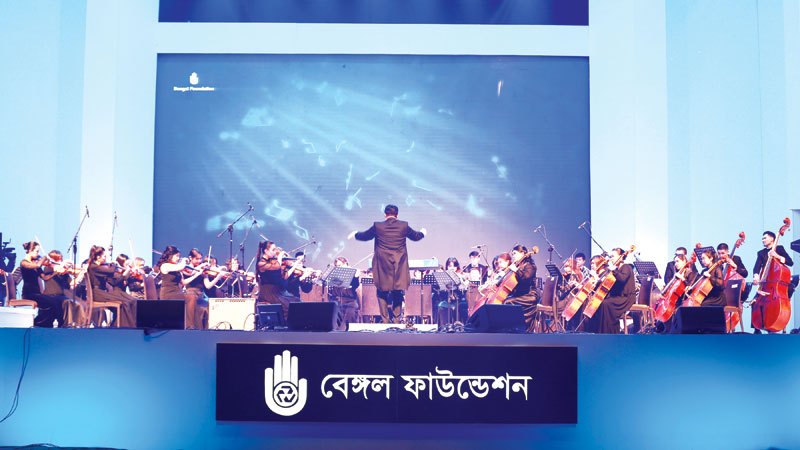 The wait came to an end for the music lovers of the country as the sixth edition of the biggest classical music festival in the world titled ‘Bengal Classical Music Festival 2017’ (BCMF) kicked off yesterday at the Abahani Field in Dhanmondi of the capital. Organised by Bengal Foundation, the five-day festival has been dedicated to Professor Dr Anisuzzaman this year. The festival is presented by Square and supported by BRAC Bank.

The festival opened with the performance of internationally-acclaimed violinist from India, Dr L Subramaniam. Then, Astana Symphony Philharmonic Orchestra, considered to be one of the most notable orchestras of Kazakhstan, took the stage and fascinated the audience with their wonderful performance.