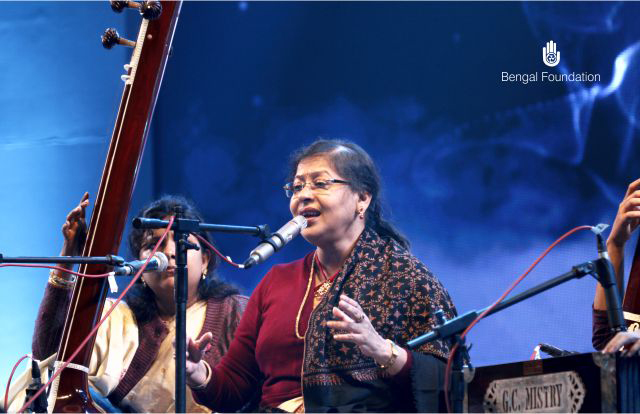 Subhra Guha comes from a music loving family. She received her earliest training from the late Satish Bhowmick and later took advanced training from the Late Pandit Sunil Bose. In 1982, she joined the prestigious ITC Sangeet Research Academy in Kolkata. Subsequently, she also received training and guidance from stalwarts Late Pandit K G Ginde and Late Pandit D T Joshi. She went on to become a guru of the Academy between 1992 and 2003 and has recently rejoined the Academy. Today, Subhra has gained recognition for her thumri renditions in the Poorab Ang.