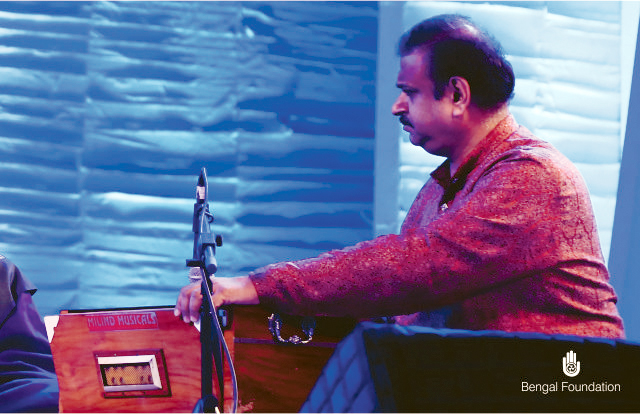 Sudhir Nayak is a distinguish harmonium player from India. He received his training under the guidance of Guru Pandit Tulsidas Borkar and Guru Pandit Jitendra Abhisheki in Hindustani Music traditions. However, he is also known to study various other genres of music. Nayak is a solo performer, as well as an accompanist. He is a member of the ensemble ‘Koshish’, and is the Founder of the Global Music and Arts Village in Coastal Karnataka. Nayak has performed at the United States, United Kingdom, Canada, Mexico, Europe, Australia, and African, Far Eastern and Middle Eastern countries. He is a recipient of the Pandit Appasaheb Jalgaonkar Sanvadini Vaadan Puraskar, Late Pandit Govindrao Tembe Smriti Sangatkaar Puraskaar, Saraswat Yuva Puraskar, and the Saath Sangat Pravin Award.