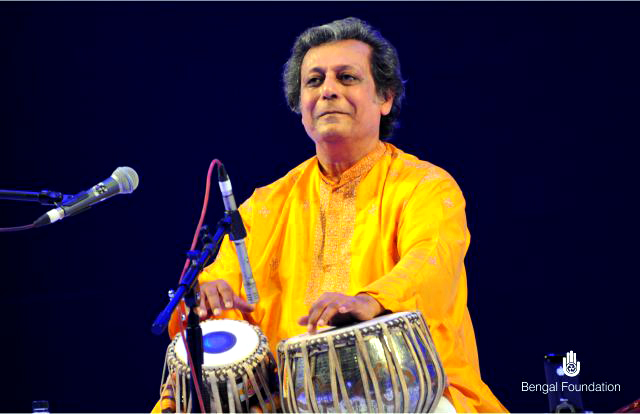 Maestro Swapan Chaudhuri is considered one of the greatest tabla virtuosos of our time. Swapan took lessons from his guru, the legendary Acharya Santosh Krishna Biswas of Lucknow, from the age of five, in Kolkata. It was his early development as an accompanist to the great sarod maestro Ustad Ali Akbar Khan that led him to become the accompanist of choice for India’s greatest classical artists such as Pandit Ravi Shankar, Ustad Vilayat Khan, the Late Pandit Nikhil Banerjee, Ustad Amir Khan and others. Swapan Chaudhuri received the Bharat Ke Sangeet Ratna Award in 2011 and the prestigious Sangeet Natak Academy Award in 1997 from the Government of India. Internationally, he is the recipient of the American Academy of Artists Award and is nominee to Percussive Arts Society Hall of Fame, distinctions reserved for only those musicians who have attained the highest level of artistry. As the current Director of Percussion at the Ali Akbar college of Music, Swapan is associated with many American and European Universities as a visiting professor, and maintains a rigorous touring, teaching and recording schedule throughout the year.