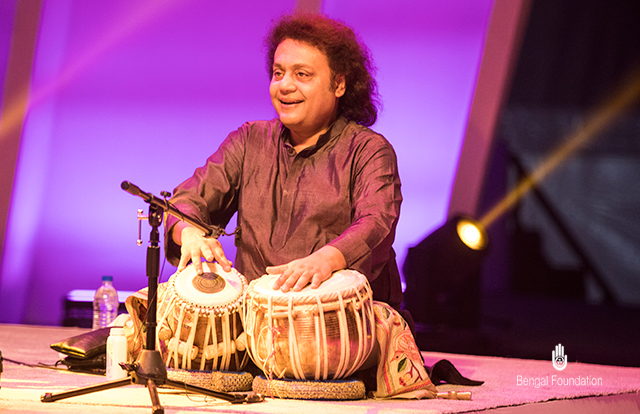 Tanmoy Bose is a renowned tabla artist, as well as a composer and actor, from India. He initially began training in classical vocals, under the guidance of Pandit Maharaj Banerjee, and also learnt to play the harmonium and tabla under Pandit Mantu Banerjee. He began training under Pandit Kanai Dutta after the passing of his first guru and later became a disciple of Pandit Shankar Ghosh. Bose has performed at prestigious shows in India and abroad. His notable collaborations include performances with Pandit Ravi Shankar, Anoushka Shankar, Amjad Ali Khan, Ustad Amjad Ali Khan, Ustad Munawar Ali Khan, Pandit V G Jog, Ustad Imrat Khan, and many others. Bose is also a founding member of the band, Taal Tantra. He is a recipient of numerous awards and accolades which include the Sangeet Sanman, Sangeet Maha Sanman, amongst numerous others.