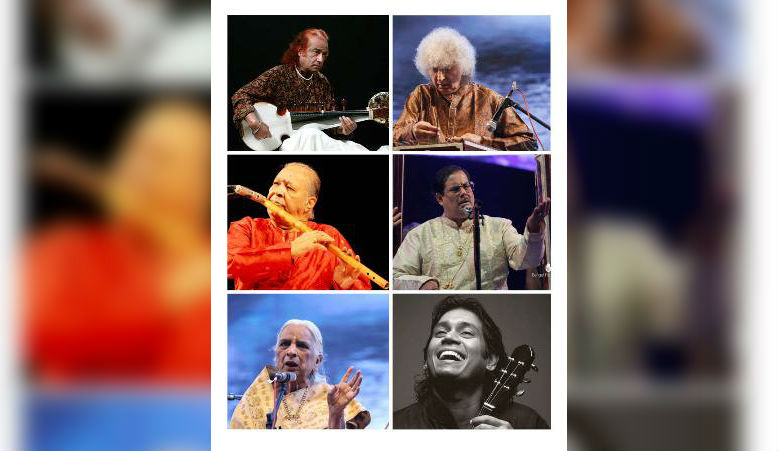 For the fifth time in a row, the much-aniticipated event for enthusiasts of Indian classical music, the Bengal Classical Music…

For the fifth time in a row, the much-aniticipated event for enthusiasts of Indian classical music, the Bengal Classical Music Festival, will be kick off on November 24. The music festival has already clinched the reputation of being the largest classical music festival in South Asia as well as the world in terms of artists and audience participation.
The five day festival will be dedicated to the recently-deceased ambidextrous littérateur Syed Shamsul Haq who has been closely associated with Bengal Foundation since it’s inception.
The Indian classical music extravaganza will take place at the Army Stadium, Dhaka from November 24 to 28 running everyday from 7:00pm to 5:00am. Just like the previous editions, the festival will feature performances of major disciplines from Indian classical music and dance carried out by local and Indian artiste.
Luva Nahid Choudhury, director general of Bengal Foundation, revealed the details about the music festival in a press conference held at the Westin, Dhaka yesterday, while Abul Khair, chairman of Bengal Foundation, Abdul Momen, advisor to Bengal Foundation, Anjan Chowdhury, MD and CEO of Square Toiletries Ltd and Maasranga TV, and Zara Mahbub, head of communication of BRAC Bank were present.
This year, in the wake of unsettling situations, concerns were risen regarding organising such an event on a large scale. However, in his speech, the Bengal Foundation chairman mentioned that the government’s willingness, initiative and assurance is what gave faith to the organisers to continue organising one of the prestigious classical music festival this year as well.
Presented by Square Group, Bengal Foundation will organise the festival with support from Brac Bank Limited.
Headlining performers of 2016
Aashish Khan, a sarod artiste from India who is the grandson of Ustad Allauddin Khan (born in Shibpur, Brahmanbaria, Bangladesh), son of Ustad Ali Akbar Khan, and nephew of Annapurna Devi. A Grammy nominee, Khan has performed extensively in both India and abroad alongside numerous distinguished artists which include John Barham, George Harrison, Ringo Starr and Eric Clapton.
Girija Devi is an iconic Indian classical vocalist of the Seniya and Banaras Gharana.
Pandit Hariprasad Chaurasia is an internationally renowned exponent of the bansuri.
Pandit Shivkumar Sharma whose name, to many aficionados of classical music, is synonymous with the santoor. He is credited for bringing the instrument from the realm of Kashmiri folk music into that of the Indian classical platform, while facing resistance from the most conservative quarters.
Ajoy Chakrabarty, a vocalist from India, is considered a doyen of the Patiala-Kasur style because of his extensive training who can also portray the key features of other major classical gharanas.
U Rajesh, a mandolin artist, is a Grammy nominee with John McLaughlin for his album Floating Point.
Abhijit Banerjee, a tabla player from India, who founded Tarang and a member of the raga jazz group, Arohi Ensemble.

Other features of the 2016 edition
Prior to the festival, Goethe Institut Bangladesh and Bengal Foundation will jointly organise a meeting titled “Music As Intangible Heritage” on November 22 and 23 where international experts will discuss Bangladeshi music as intangible heritage.
Under the Bengal Foundation label, a total of 25 music tracks will be available this year on The Orchard, an international music distribution platform.
A collection of music appreciation lectures and demonstrations on Indian classical music and instrumental will be available in DVD targeting enthusiasts and common listeners to understand Indian classical music.
Festival registration
Interested individuals have to register to attend the festival. Bengal Foundation informed that the online registration will be open from early November. The dates of the registration and procedure will be announced shortly.